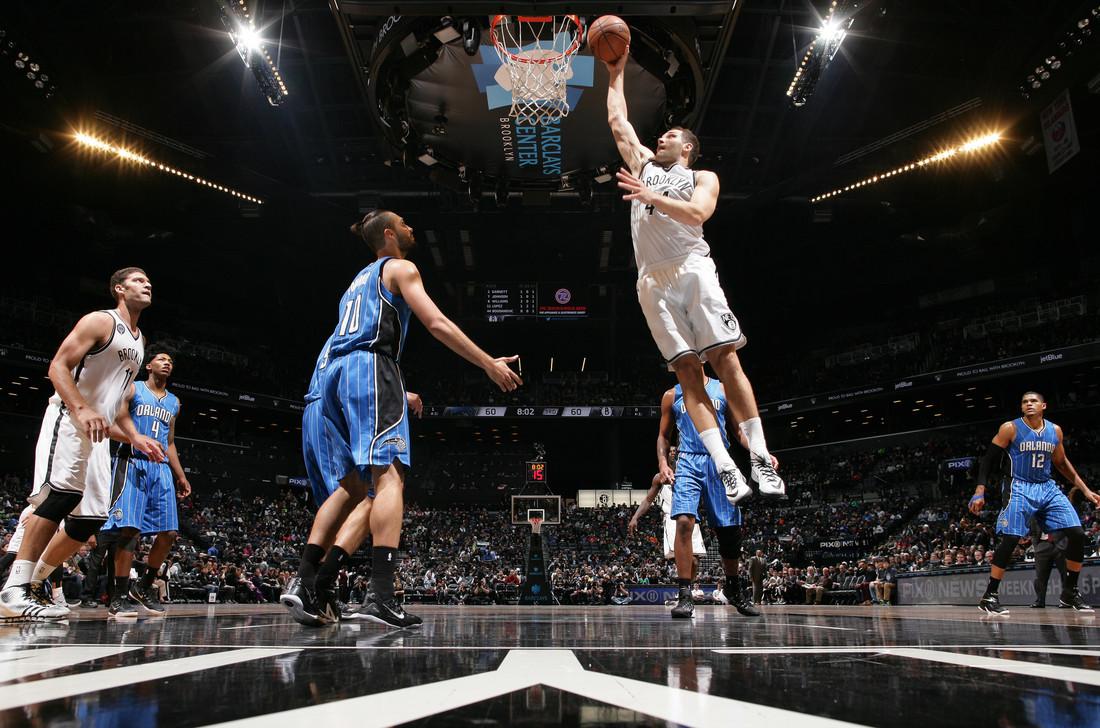 Bojan Bogdanovic scored 22 points and knocked-down two of his three shots from long-range to lead the way for the Nets (4-2), who won two straight.

“Bogdanovic’s a rookie, but he’s not because he’s played at a high level for so long,” Williams told reporters. “He’s 25 years old and he knows how to play the game.

“He doesn’t have much of a weakness. He can pass, he can shoot, he can dribble and he can post up. He’s very versatile. He means a lot to this team.”

Nikola Vucevic scored a game and season-high 27 points on a term-best 68 percent shooting, to go along with 12 rebounds to paced the Magic (2-5), which had a two game sin streak snapped.

“I felt like I got it going,” Vucevic said. “My teammates were able to find me for that mid-range and I had a couple rolls to the basket.

“I was able to finish around the basket after missing in the first couple of periods. I felt pretty good, wish we just came out with a win.”

Mason Plumlee collected 12 points and 10 rebounds and Brook Lopez, who was bench for the fourth quarter after he was dominated by Vucevic, added 12 points in the victory for the Nets, which next play against the Phoenix Suns on Wednesday night.

“[Brook] wasn’t guarding him, and I wanted him to guard [Nikola]. Simple as that,” Brooklyn Nets coach Lionel Hollins said.

“Get on him. You know he’s shooting the ball and making shots, you’ve got to guard him.”

The Orlando Magic will next face the Toronto Raptors on Tuesday.