CHICAGO (Sporting Alert) — Derrick Rose and the Bulls take on LeBron James and the Cavaliers live on ESPN on Friday night.

Chicago and Cleveland were locked at 1-1 in the series after two games in Ohio, and both played confidently in looking to take the lead in the seven-game battle. Game time is at 7 p.m. CT and the WatchESPN application will also provide live broadcast, along with live GameCast, Box Score and our on page updates. Complete Play-by-Play

After 1 quarter in Chicago, the @cavs lead the @chicagobulls 24-18 in Game 3. LeBron James has 7 assists already for Cleveland. #CAVSvBULLS

LeBron James missed his first 3-point attempt of the night and had missed 11 straight from downtown dating to Game 4 against the Celtic before getting a triple through the net. James is 1-for-5 from the field overall tonight. Watch live on ESPN/WatchESPN

LeBron with a slick assist to Mozgov for the layup on @espn #NBARapidReplay http://t.co/ERQLmB3VfT

GAME TIME!!! ….as these guys look to claim a 2-1 series lead in Chicago… Game 3 straight ahead.. #CavsRadio pic.twitter.com/CFfJEAgJmN 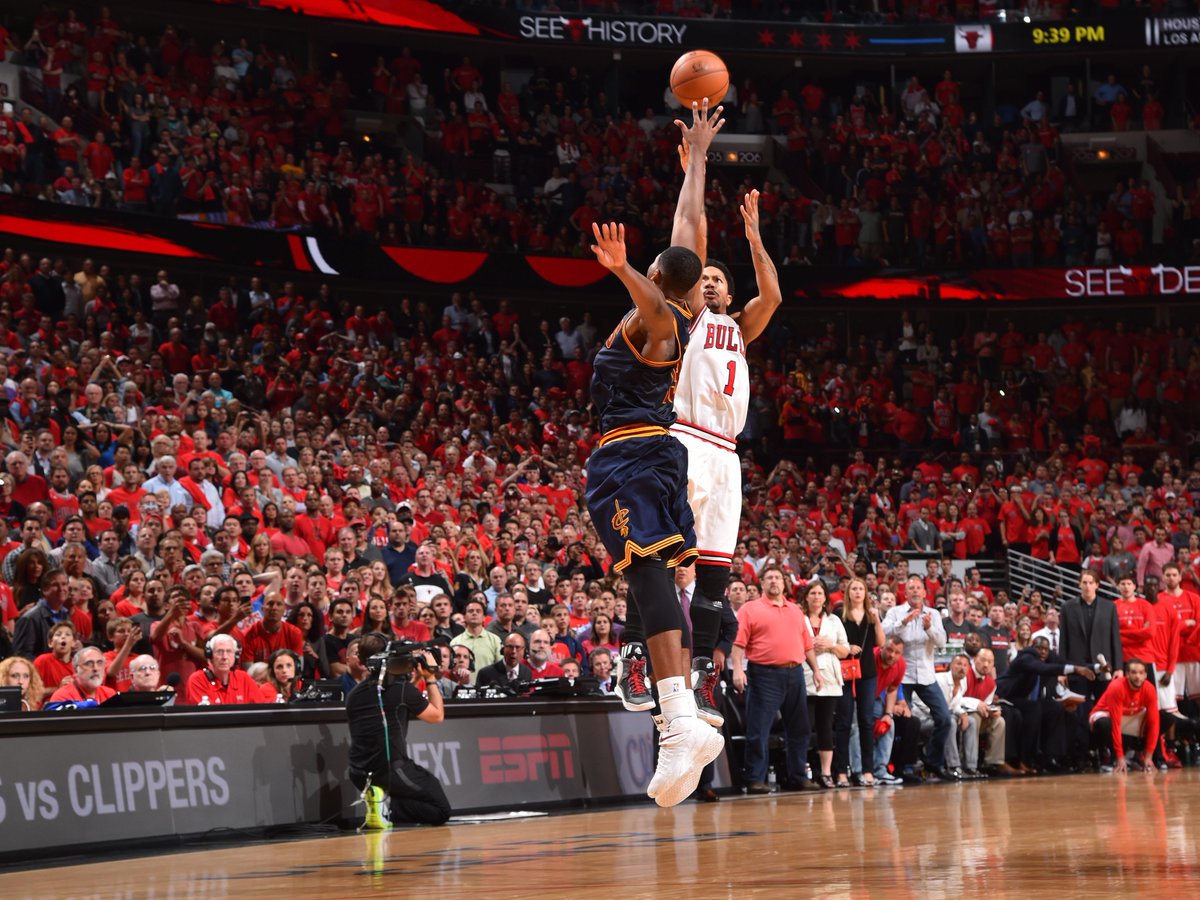 Rose enters tonight’s showdown with the Cavs with some interesting stats.

According to ESPN Stats, the Bulls starting point guard is averaging 14.0 points per game on a single day rest between games — compare to his 24.3 points per game with multi days of resting.

Rose will now be looking to break his trend of low stats on a single day of rest when he leads the hosts into the United Center for Game 3 with the Cavs.

KING JAMES WILL FEEL AT HOME

Cleveland’s James, who scored 33 points in a dominant outing in Game 2 on Wednesday night, is averaging 28.6 ppg, 9.1 rpg, and 7.3 apg in 7 career playoff games at Chicago and he will try for his sixth postseason victory inside the arena.

ESPN Stats, reports that the four-time MVP comes into Friday’s game ranked No. 6 in postseason history with 1,059 assists and needs just three more helpers to move pass Steve Nash and four to overtake Larry Bird on the all-time list.

It will be tough to bet against James not reaching either of those milestones, as he is averaging 6.7 assists per game in the playoffs this season from six games.