WASHINGTON  — Zach LaVine made two late free throws and the Chicago Bulls beat the Washington Wizards 133-130 in the NBA on Thursday night.

The defeat was the fifth successive this season for the Wizards, who had the ball with 14.4 seconds left in the game and trailed 129-128.

However, Bradley Beal failed to convert from a layup and then fouled Otto Porter Jr., who went on to make both free throws to extend Washington’s lead to 131-128.

A pair of Russell Westbrook’s free throws made it a one-point game against with 6.6 seconds remaining before LaVine closed it out.

Porter Jr. finished with 28 points on 10 of 14 shooting, including 5 for 9 from 3-pointers to go with his 12 rebounds and three steals, while LaVine added 22 points, seven assists, and six rebounds for the Bulls (2-3), who were winning back-to-back games against the Wizards.

Chicago had won its first game of the season with a 115-107 victory over the Washington Wizards on Tuesday night.

Coby White added 16 points, 10 assists, and six rebounds, Wendell Carter Jr. scored 16 points on 7 of 11 shooting, while Thaddeus Young and Daniel Gafford scored 15 each for Chicago, which was without Lauri Markkanen, Chandler Hutchison, and Ryan Arcidiacano.

Thomas Bryant led the winless Wizards with 28 points on 10 of 11 shooting with 3 for 3 from 3-pointers.

Bulls: Visit the Bucks on Friday.

Wizards: Begin a four-game road trip at Minnesota on Friday. 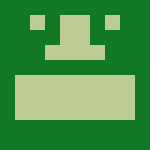 Joel Embiid dominated from start to finish en route to collecting a career-high 50 points and the Philadelphia 76ers held off a young and...

Full game highlights and recap, as well as box score as the Boston Celtics rallied to be the Los Angeles Clippers 119-115 in the...

AUSTIN, Texas -- Texas played Baylor tougher than most teams have this season. The Bears still shrugged off the Longhorns to stay unbeaten.