OMAHA, Nebraska — The 2019 NCAA College World Series continues on Friday with two more games as the battle for places in the championship game takes center stage.

On Friday, the four remaining teams will be in action as they all seek berths in the College World Series finals, which take place at TD Ameritrade Park from June 24-26, live on ESPN and stream live on WatchESPN. Live Video | Live Stats

First pitch on Friday is slated for 2 pm with No. 8 national seed Texas Tech and Michigan battling. ESPN or ESPN 2 will carry the live television telecast. WatchESPN will have the streaming coverage.

The unranked Michigan team is 2-0 at the College World Series and are just one win away from reaching the CWS finals after beating Florida State 2-0 on Monday to remain in the winners’ bracket.

This means the Red Raiders must beat their opponent twice to advance.

Texas Tech (46-19) is no stranger to elimination games at this World Series, having won twice already to stay active in the tournament. The Big 12 outfits defeated No. 5-ranked Arkansas 5-4 and collected a 4-1 win over Florida State to fend off elimination.

The second game on Friday will see No. 2 Vanderbilt taking on No. 7 Louisville for a College World Series finals berth.

Vanderbilt (2-0) only need a win to advance to the CWS finals, while the Cardinals (1-1) denied elimination on Thursday by beating Mississippi State 4-3.

The Commodores start as favorites to advance their third trip to the College World Series finals. A loss for the second ranked team in the country would force a rematch against Louisville again on Saturday at 6 p.m.

Live coverage of this game is slated for 7 pm and ESPN will provide the live television broadcast. WatchESPN will present live streaming.

The College World Series finals will be a best-of-three series format.

In this article:College World Series 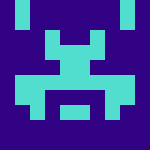 OMAHA, Nebraska -- The College World Series finals between No. 2-ranked Vanderbilt and Michigan will get underway with Game 1 on Monday and you...

OMAHA, Nebraska -- No. 6 nationally ranked Mississippi State and No. 7 Louisville will battle in an elimination game Thursday at the 2019 NCAA...

Game 3 in the 2018 College World Series Championship, as No. 3 Oregon State and No. 5 Arkansas battle in a winner take all...