The pair has hand brief spells together, but not from the start and Ferguson could be tempted to start his two main strikers in the away fixture.

This could mean that Shinji Kagawa could start a little deeper in midfield with Roonay taking his place behind Van Perise.

Manchester United are coming off a shocking 3-2 defeat at home to Tottenham in the Premier League on Saturday and the manager wants his players to stop giving up early goals – this after conceding twice in the first half against Spurs.

With captain and leading center-back Nemanja Vidic out for two months, Ferguson has called on the likes of Rio Ferdinand and Jonny Evans to step up and keep things consistently tight at the back.

“I hope the first half on Saturday was [an issue of] awareness,” the boss said about the pair who were playing together for only the second time this season.

“When Jonny and Rio played consistently every week last season [from December when Nemanja Vidic was injured], we got better.”

Shuffling around goalkeepers doesn’t help the understanding in defence either, but Ferguson is set to start with David De Gea in goal tonight with Anders Lindegaard, who started at the weekend, replacing him on the bench.

Manchester United continue to be without Antonio Valencia (ankle) and Ashley Young (knee), while Paul Scholes, Ryan Giggs and Michael Carrick did not travel. 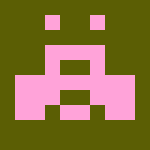 Preview and how to watch live stream of Leicester City vs Manchester United in the Premier League on Boxing Day. Watch live on Fire...