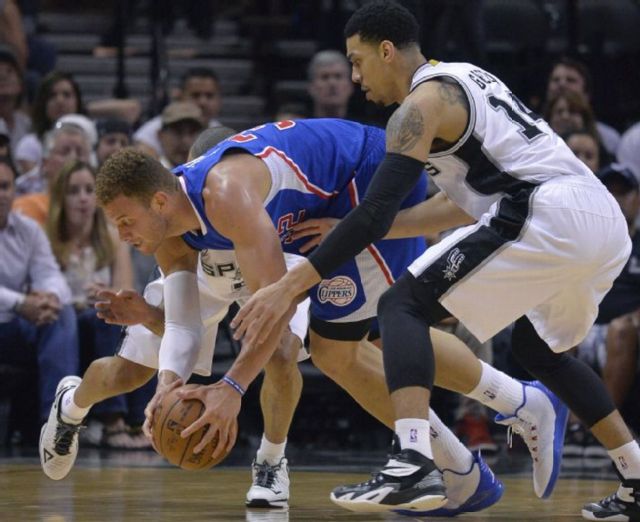 Blake Griffin in action for the LA Clippers against the Spurs in Game 6. Linked Photo

“He’s our go to man,” All-Star point guard Chris Paul said about Blake in an interview on TNT after the forward played a huge part in forcing a decisive Game 7 at STAPLES Center.

Paul, recovered from an 0-7 start in the first half to finish with 19 points, 15 assists and four steals, while J.J. Redick added 19 points for the Clippers, who will host Game 7 on Saturday.

“I thought in the 1st half Chris’ shots were like afterthoughts but I stayed on him,he did a great job staying in the moment,” LA Clippers coach Doc Rivers said.

DeAndre Jordan finished with 15 points, 14 rebounds and three blocks in the win for Los Angeles.

Marco Belinelli led the way for the Spurs with 23 points after going 7-of-11 from three-point range.

Boris Diaw had 17 points and Tim Duncan and Kawhi Leonard each finished with 12 points, with the former also grabbing 13 boards in the defeat for San Antonio, which was limited to just two fast break points at the AT&T Center.

Leonard was just 3-of-15 from the field on Thursday night.

The Spurs started slowly, but raced back to even up the game at 26 apiece at the end of the first quarter.

The defending champions then jumped out to a 41-32 lead on a Belinelli three-pointer with 7:52 remaining in the second quarter.

However, the Clippers rallied with a 16-6 run to knot things up at 51-51 heading into the halftime break. 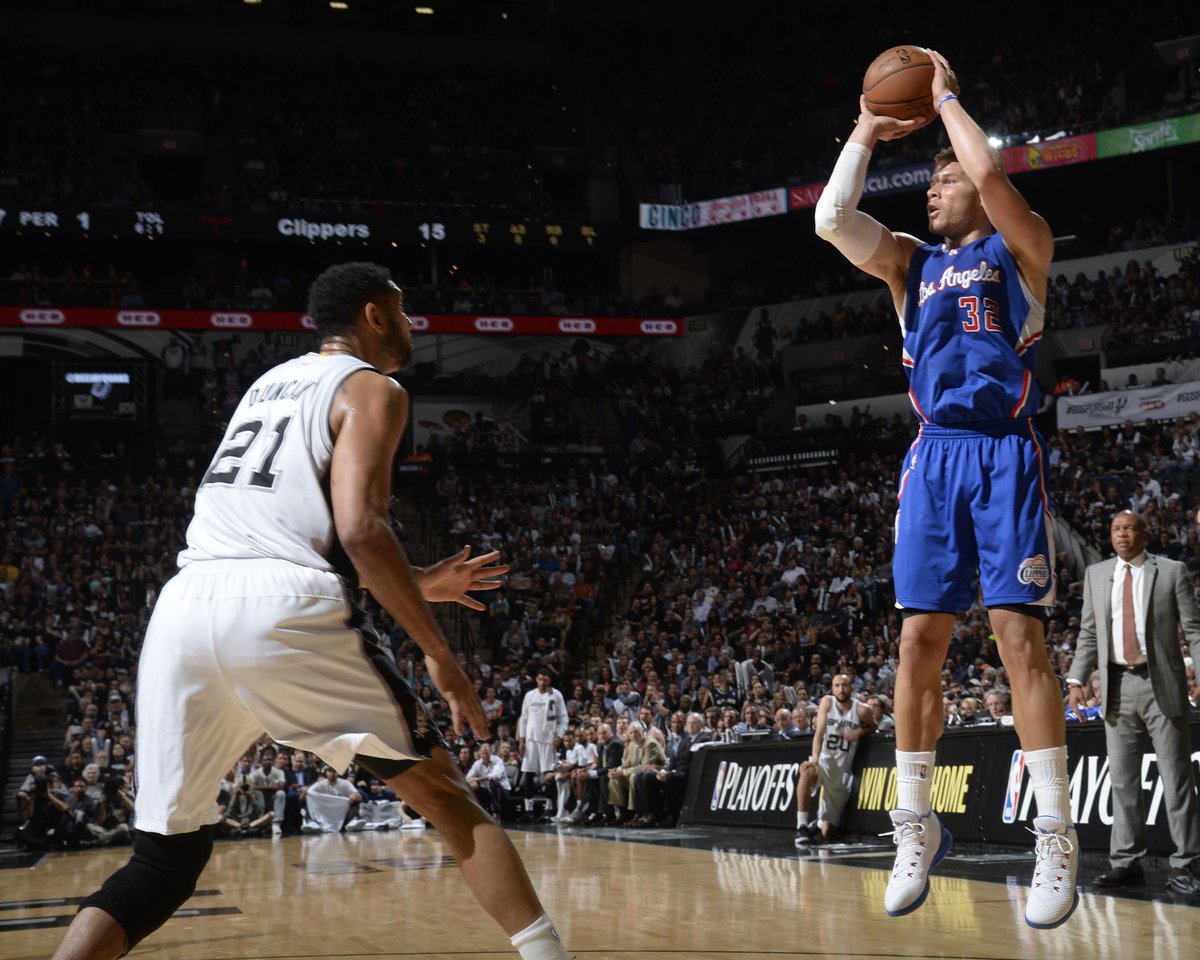 Both teams came out of the interval in search of points, but it was the Clippers, who found the early rhythm as Blake scored a quick six points in his team’s 12-5 run to open the second half.

The Spurs chipped their way back into the game and when Patty Mills knocked down a 25-foot three-point jumper to tie the game at 70-70 with 1:13 remaining in the third quarter, things began to look interesting.

But Paul scored four quick buckets and Glen Davis finished the quarter with a dunk for the Clippers to take a 76-72 lead heading into the final stanza.

The Western Conference powerhouses traded buckets for the most part in the fourth quarter before Belinelli connected on two late 3s to pull San Antonio within two points, at 98-96 before the Los Angeles Clippers held on down the stretch to secure the win and keep their hopes of making the conference semis alive.

Los Angeles, which shot 47.5 percent from the floor, was only 4-of-18 from three-pointers.

Rivers could be without Davis for Game 7 after he suffered an ankle injury in the closing stages of the third quarter and had to be wheeled away.

Meanwhile, Spurs coach Gregg Popovich labeled his team as “soft” after failing to close out the series.

“We should be embarrassed about the way we came out in a closeout game in every regard,” Popovich said.