LSU (34-23) secured passage into the second round after storming back to gain an 8-5 win against No. 9 seed Mississippi State in the opening round of the tournament Tuesday night.

Florida (41-15), being of the top four seeds in the tournament received a first-round bye and is looking forward to bow into action.

The Gators head into the tournament on a four-game losing streak to end the regular season.

The Tigers looked good against Mississippi State Tuesday, but have struggled away from home, having won just five of their 20 contests away and at neutral sites this season.

Tonight’s game will be live on SEC Network and streaming live on WatchESPN.

After Tuesday night’s win and looking forward to the clash with the Florida Gators, LSU coach Paul Mainieri said: “That was a very thrilling victory for our team. It was a game that didn’t go all that well for us early. (MSU starting pitching Konnor) Pilkington was locked in.

“We had a tough time with him. We finally started getting to Pilkington and we started to get some big hits. Todd Peterson was just amazing. What a difference he has made for our team.

“I can’t tell you how much we are looking forward to playing Florida. They are undoubtedly the No. 1 team in the country.

They won the SEC, and we didn’t even get the chance to play them because that’s how scheduling worked. I can’t tell you how excited our team is to have the opportunity to play the No. 1 team in the country.” 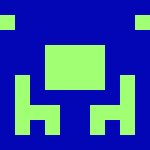