MIAMI (Sporting Alert) — LeBron James scored 40 points and a career-high 16 assists and Miami Heat fended off the challenges of the Sacramento Kings for a 141-129 2OT win on Tuesday night.

James, who shot 14-for-23 from the field also pulled down eight rebounds, two steals and a block for the Miami Heat, which picked up their 12th straight win.

“Our ball club, we don’t get rattled, no matter what’s going on during the course of the game,” James told reporters after the game.

“If it’s overtime, double-overtime, we find a way to win.”

Dwyane Wade added 39 points, eight rebounds, seven assists, three steals and two blocks in the win for the Heat, which improved to 41-14 on the season.

Marcus Thornton paced the Kings with 36 points, the highest points by a reserve thus far in the NBA this season, while Tyreke Evans had 26 points and five steals in the defeat.

DeMarcus Cousins added a double/double of 24 points and 15 rebounds, John Salmons supported with 15 points and seven assists and Isaiah Thomas contributed 14 points and nine helpers for the King, which lost its sixth straight.

Also contributing for Miami were Ray Allen, who scored 21 points and Chris Bosh, who added 15 points and eight boards in the victory at the American Airlines Arena.

Both teams were locked at 112-112 after regular time, as James, Wade and Bosh all missed chances to win the game in the closing seconds of the fourth quarter.

“We’re coming together. We’re doing it the right way. We’re executing offensively. We’re sharing the ball. And we’re not getting rattled,” James said.

“We’ve been in some crazy games. We just stay the course and figure out a way to get the victory.” 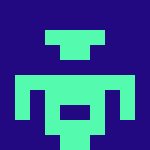 Highlights and report as Zion Williamson recorded 21 points and 12 rebounds, but the New Orleans Pelicans blew a 15-point lead to lose the...

The Los Angeles Clippers and Sacramento Kings will battle in a Western Conference matchup on Friday. Tip-off time for this game is slated for...