HOOVER, Ala. — LSU defeated Arkansas to capture the 2017 SEC Baseball Tournament title here at the Hoover Metropolitan Stadium in Alabama on Sunday. Here is the Game’s Box Score

The second-seeded Tigers beat the fourth-seeded Razorbacks 4-2 to lift their 12th SEC Tournament crown, which is the most in the conference.

Paul Mainieri, who admits that “winning doesn’t get old” was landing his sixth SEC Tournament title as the head coach for LSU, which tied with Skip Bertman and Jim Wells for most by any coach.

Meanwhile, on Sunday, LSU also became the first regular-season champion to lift the SEC Tournament title since Florida in 2011.

Both teams entered the championship game on Sunday confident about their winning chances, following impressive victories in the semifinals on Saturday.

And after trailing 1-0 in the bottom of the third, the Tigers scored three runs in the top of the fourth to surge ahead before scoring again in the sixth

“There’s a way that you have to play to be able to win championships and it can be a learned thing,” said Mainieri after the victory.

“We have won three championships so far where we woke up in the morning and known that we are playing for a championship that day, an SEC Western Division, an overall SEC and then the tournament here.

“That can’t do anything but help you when you go into the NCAA tournament when we know that that day is a championship day.

“These kids will now have experienced what it’s like to get the job done when all the marbles are out there and I think this will bode well for us going forward.”

Meanwhile, LSU senior Kramer Robertson, who went 1-4 (single, run) and 7-17 with two home runs and seven RBI, was delighted with the way he and his teammates went out and get the job done.

“We had to go out there and get the job done,” Robertson said.

“I couldn’t be prouder of these guys. We went out there and our pitchers pitched awesome and we played with a sense of urgency.”

LSU starter Eric Walker threw eight K’s and gave up only one run on five hits over his 7.2 innings before leaving the game to a standing ovation.

“He’s a beast,” LSU star pitcher Alex Lange said about his teammate. “That was incredible. That was a gutsy performance from a freshman.

“That’s awesome. That’s what we’re going to need down the stretch. I told him earlier this week, I’m like, ‘hey man every time you get the rock the rest of the year you’re pitching for a championship.

“That’s the way it’s going to be whether you like it or not so let’s get after it.’ He rose to the occasion. He’s incredible.”

Both teams, which are certainly national championship contenders, will now turn their attention to regional action. 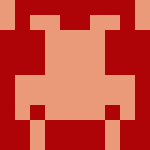