MANCHESTER (Sporting Alert) — Joe Hart returns to the starting line-up and Jack Rodwell makes his debut for Manchester City as they begin the defense of their Barclays Premier League title against newly promoted Southampton at Stamford Bridge on Sunday.

The Games is Live: Watch ON-DEMAND On FoxSports Online Stream | Listen To Live Commentary of The Game

Hart missed the Community Shield victory over Chelsea last week and also pulled out of the England squad because of an injury, but is now back to take his place between the sticks this afternoon.

New signing Rodwell, who joined the champions this week from Everton, has been handed an immediate debut and starts in midfield alongside David Silva and Yaya Toure.

As expected, Carlos Tevez and his Argentine countryman Sergio Aguero will lead the attack, with Mario Balotelli and Edin Dzeko both starting on the bench.

Meanwhile, notable starters for Southampton are Nathaniel Clyne and Jay Rodriguez, who will be in defence and attack. 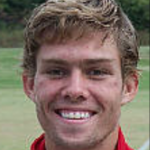