MANCHESTER, Sporting Alert – Juan Mata is dropped to the bench tonight for Manchester United against PSV Eindhoven in the Champions League at Old Trafford.

Manager Louis van Gaal make four changes to the team side that beat Watford at the weekend in the English Premier League.

Rooney and Martial missed the EPL win on Saturday, but are back in the lineup.

The Frenchman will lead the attack through the middle with Rooney just behind, while Memphis Depay, who scored the opening goal at the weekend keeping his place and starting on the left side.

Jesse Lingard plays on the right.

Meanwhile with Jones out injured, Daley Blind returns at center-back to partner Chris Smalling with Rojo playing as the left-back.

James Wilson, Marouane Fellaini, Paddy McNair and Andreas Pereira are among the substitutes.

A victory at Old Trafford for Manchester United would see them moving into the knockout stages and make Matchday six a lot easier on Van Gaal.

Wolfsburg currently sit atop of the Group standings with nine points after dumping
CSKA Moscow from the Champions League earlier today. 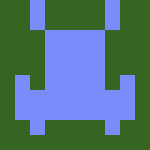 Preview and how to watch live stream of Leicester City vs Manchester United in the Premier League on Boxing Day. Watch live on Fire...

Report and highlights as Manchester United routed Leeds United 6-2 to jump to second place in the Premier League standings on Sunday.