The Aggies (7-2) was selected fourth behind Alabama, Clemson and Michigan in the first release of the CFP rankings this week, which shocked several college football experts.

On Saturday the men from College Station found the Bulldogs to hot to handle and will more than likely drop from the top 10 in the next release.

Fitzgerald threw for 209 yards and two touchdowns with two interceptions while running for another 182 yards and two more scores for Mississippi State, which started the game as 10-point home underdogs and +320 on the money line.

Aeris Williams ran 24 times for 140 yards and a score and Fred Ross took two catches for scores and 98 yards.

Jake Hubenak passed for 222 yards and a pair of touchdowns for Texas A&M, which also lost starting quarterback Trevor Knight to injury.

Christian Kirk took seven catches for 144 yards and touchdown in the defeat.

Congratulations to our MSU Bulldogs on their 35-28 victory over Texas A&M! #WeRingTrue pic.twitter.com/s1PqdZ5stR

The Aggies allowed just 160.5 rushing yards per game against their first four Power 5 conference rivals – UCLA, Auburn, Arkansas and South Carolina – but have allowed an average of 311.3 against their last three, which was well beefed up with a season-high 365 yards allowed at Mississippi State in Saturday’s loss.

Mississippi State, which is coming off a very difficult October schedule that included losses to BYU, Auburn and Kentucky, will now head to Alabama next Saturday confident about their chances of knocking off the nation’s No. 1 team.

In this article:College Football Playoff 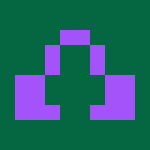 Watch Now: No. 1 Alabama vs No. 4 Notre Dame In Rose Bowl CFP Semifinal

Watch the live streaming coverage between No. 1 Alabama and No. 4 Notre Dame in the Rose Bowl - College Football Playoff Semifinal on...

No. 2 Clemson and No. 3 Ohio State Preview, Predictions & How To Watch: Jan 1

No. 2 Clemson and No. 3 Ohio State meet in the New Year's Day Allstate Sugar Bowl for a place in the College Football...