Friday’s action will see Texas taking on Vanderbilt at 3pm live on ESPNU and the WatchESPN.com App, while Mississippi, who battled past TCU in their matchup will face Virginia at 8 pm ET, with this contest streaming live on WatchESPN and ESPN Network.

Mississippi booked their place into Friday’s match after beating TCU 6-4 in their College World Series elimination game on Thursday night. Virginia had a marathon 15 innings game against TCU as well where they came away with a 3-2 victory in a game that tied the record for the longest ever in the College World Series.

When these two teams met five days ago, the Cavaliers held on for a 2-1 win over the Rebels, who have since reset their confidence level.

Victory for Virginia over Mississippi on Friday will see the Cavaliers automatically advancing to the championship series on Monday, while Ole Miss need a win on Friday to forced a second clash on Saturday.

In the day’s first College World Series game on the schedule, Vanderbilt and Texas in a matchup that is very rare.

The last time these two programs met was in June 2004, when the Longhorns beat Commodores, while the prior meeting was back in 1907. 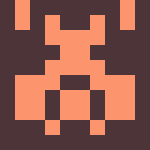 You can watch live streaming coverage of No. 16 Florida State Seminoles vs No. 7 Virginia Cavaliers live on ESPN on Monday night. Tip-off...

How to watch live streaming coverage of tonight's Atlantic Coast Conference matchup between Duke and Miami. Watch it live on ESPN and WatchESPN.

You can watch No. 18 Virginia vs. No. 12 Clemson showdown on Saturday on ESPN with the Cavaliers listed as favorites in the William...