There were questions over whether Sterling, who complained of being tired during his duty with England, would start this game but manager Brendan Rodgers thinks the young forward has recovered enough to feature today.

Balotelli has not been in the best of form since his move to Anfield, but he gets the starting place over Rickie Lambert, who returns to the bench.

Midfield summer recruit Emre Can has been handed his starting debut for the Reds after he recovered from a six-week ankle injury, while Steven Gerrard, Jordan Henderson and Adam Lallana all start as well.

Philippe Coutinho, Javi Manquillo, Joe Allen and Lazar Markovic are amongst the substitutes for Liverpool.

On the other side, manager Harry Redknapp makes five changes to his QPR side, with Alex McCarthy given his English Premier League debut in goal for the hosts, as Robert Green is out with tonsillitis.

Veteran defender Rio Ferdinand has been dropped to the bench, while Matt Phillips, Niko Kranjcar and Junior Hoilett also start on the bench. 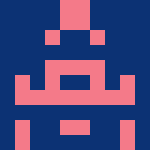 Written By Reporting by Ron Snyder The Liverpool Man