DES MOINES, Iowa (Sporting Alert) – Tyson Gay flashed to another world-leading time to win the men’s 200 metres at the USA Track and Field Championships on Sunday at Drake Stadium.

Finishing second to Gay in the race was Isaiah Young, who ran 19.86secs and Curtis Mitchell, who earned his place on the world championships team as well with a 19.99secs performance.

However, Wallace Spearmon failed to make the U.S. team after finishing fourth in 20.10.

Kimberlyn Duncan upset Allyson Felix to win the women’s 200m and sealed her place to Moscow with a wind-aided 21.80 seconds (+3.2 m/s).

Trailing Felix heading into the straightaway, Duncan, a three-time LSU NCAA champion powered past the Olympic champion and Jeneba Tarmoh to secure her first national title.

Elsewhere, Dalilah Muhammad held off the strong finishing Georganne Moline on her way to setting a new personal best of 53.83 and win the women’s 400m hurdles.

Moline posted 53.88 for second, with Christine Spence coming home in 54.56 for third place.

The men’s 800m saw Duane Solomon Jr beating Nick Symmonds and ending his streak at five for national dominance in the event. 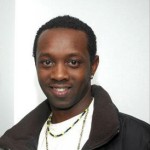 Olympic champion Ryan Crouser shattered the men's Shot Put World Indoor record with only his first throw of the competition at the American Track...