With captain Robin van Persie, who normally takes the opening spot-kick not on the field after being substituted, the slot opened up for others to step up, but Vn Gaal said two individuals refused, as Argentina went on to win the shootout 4-2.

Holland defeated Costa Rica on penalties in their quarter-finals.

“It should give you confidence. We took those penalties in an incredible way against Costa Rica,” Van Gaal said.

“But the issue is you score the first one and I asked two players to take the first ball before ending up with Vlaar.

“I thought he was the best player on the pitch so should have a lot of confidence.

“It just goes to show it’s not easy scoring in a penalty shoot-out.

“It’s the most terrible scenario, to lose on penalties: at the very least we were equal with them, if not the better team.

“It’s a big disappointment,” admitted van Gaal, who knows all about goalkeeper Romero.

Argentina now face Germany in Sunday’s World Cup final, while the Netherlands will take on Brazil in the third place game on Saturday. 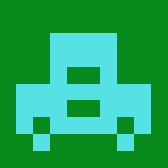