ARLINGTON, TX — The college football bowl schedule continues on Wednesday with two more games, including the Goodyear Cotton Bowl Classic between No. Oklahoma and No. 7 Florida at AT&T Stadium.

The matchup between the Sooners and the Gators in Arlington, Texas, will kick-off at 8 p.m. ET, and ESPN will air the game live. WatchESPN.com and the ESPN App will stream the contest online, using an Amazon Fire TV or Firestick.

The game will be the first New Year’s Six bowl game in the COVID-19 pandemic-affected season.

Oklahoma (8-2) bounced back from back-to-back defeats to Kansas State and Iowa State to win seven straight games, including the Big 12 championship, to surge into the College Football Playoff Top 6.

The Sooners will battle against a Florida (8-3) team that must feel unfortunate about missing out on a CFP spot after losing back-to-back games to LSU in the regular-season finale and No. 1 Alabama in the SEC championship.

The Gators believe that should they should have still been considered for a playoff berth, especially after the way they played against the Crimson Tide, and they will be looking to make a statement against Oklahoma, even without their top four receivers.

All-American tight end Kyle Pitts, who opted out after the SEC championship game and receivers Trevon Grimes and Kadarius Toney will miss the game to concentrate on their NFL future. Jacob Copeland didn’t make the trip after testing positive for COVID-19.

Florida will look to Heisman candidate and start quarterback Kyle Trask to lead the offense. He comes into this game throwing for 4,125 yards with a school-record 43 touchdown passes with just five interceptions.

Trask is the nation’s top passer with 375 yards per game.

Spencer Rattler of Oklahoma comes into the game throwing for 2,784 yards with 25 touchdowns and seven interceptions. He’s also ran for 120 yards with five additional TDs.

The Sooners will be without senior cornerback Tre Brown, who opted out of the Bowl Classic to focus on the NFL draft.

Wisconsin (3-3) and Wake Forest (4-4) kick-off the bowl games today with their Noon meeting, which will be aired on ESPN and streaming on WatchESPN.com. 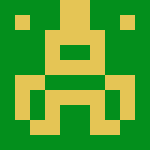 How to watch No. 10 Florida v Kentucky SEC baseball clash

Watch live streaming coverage of the NCAA March Madness Tournament First Round clash between No. 7 seed Florida and No. 10 seed Virginia Tech...

Television and radio streaming coverage of the first T20 clash between the West Indies and Sri Lanka at Coolidge Cricket Ground this evening (3).

NEW YORK — The Brooklyn Nets will be without starting guard Kyrie Irving for Saturday’s game against the Dallas Mavericks. Fans can watch live streaming coverage of this game...