(Sporting Alert) — Leading striker Emmanuel Adebayor says his Togo side must expect a tough game against Algeria when the pair clash in their Africa Cup of Nations Group D game at Royal Bafokeng Stadium on Saturday.

Togo coach Didier Six reveals that the team’s performance against Ivory Coast was less than satisfied, but believes the players are ready to move on.

“After the match against Ivory Coast we had a meeting, right afterwards because we had to recover quickly,” he said.

“The players now don’t think about Ivory Coast, they’re only thinking about the game against Algeria.

“In this group we are maybe the little team but I know my team, we have good players.

“It’s a difficult group but against Ivory Coast we proved that we can play good football and are good enough to go to the quarter-finals.”

Algeria, following the defeat to Tunisia in the last outing, know that they have to win the next two games and coach Vahid Halilhodzic says it starts against Togo.

“I’ve seen the determination in my player’s eyes. They have an inner force. There’s still a good spirit in the squad. I know our backs are against the wall,” Halilhodzic said.

“We have to look for two victories. We’re going to do everything to win because the only solution is victory.” 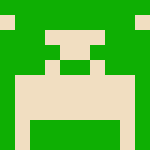 How to watch live streaming coverage of the Big 12 matchup between No. 9 Kansas vs. Oklahoma at the Lloyd Noble Center in Norman,...

There are six college basketball games streaming live on ESPN3 today and you can follow them all online. ESPN3 is free with an internet...

Preview, picks, and spread as Toledo takes on Eastern Michigan on Tuesday in a Mid-American Conference game live on the ESPN3 schedule.