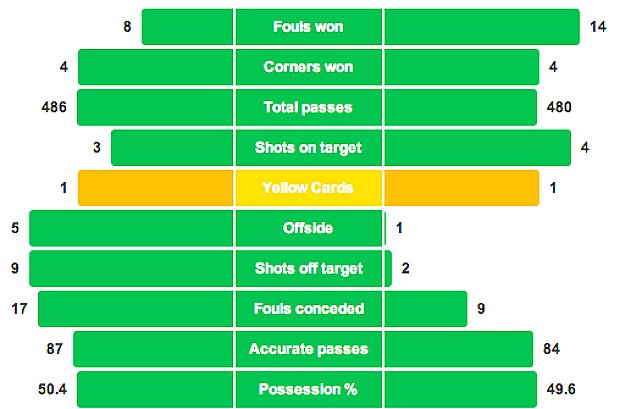 WIGAN (Sporting Alert) — Mikel Arteta scored a second half penalty kick to give Arsenal FC a 1-0 win over Wigan in the Barclays Premier League on Saturday.

After a flat and less than

A nice combination between Alex Oxlade-Chamberlain and Theo Walcott paved the way for the latter to get a clear strike on goal before he was fouled by Jean Beausejour.

A confident Arteta stepped up to send Ali Al-Habsi the wrong way and give Arsenal the lead.

“It was very important because we beat West Brom at home and now we have two away wins (against Reading and Wigan),” Arsenal manger Arsene Wenger told Sky Sports 3.

“It was a difficult game because they stopped us from playing. I believe they are in the wrong position in the table.”

After the Gunners scored, Wigan went in search for the equalizer, but came up short in the end.

Arouna Kone squandered a few chances for the home side, while the crosses from Shaun Maloney and Jean Beausejour were very disappointing.

A disappointed Wigan manager Roberto Martinez was left frustrated by what he thought was a wrong decision to give a penalty by referee Jon Moss.

“The (Arsenal) penalty was very very soft, if anything, I think. Theo Walcott is very clever there,” Martinez said.

“And then at the other end if you want to give a penalty where the hands are not in the natural position. I’m really disappointed because the players don’t deserve the feeling that they’ve got now.

“We are in the middle of a period where calls are not going our way and we’ve got a few players missing.

“I thought we played really really well. We played with a great mentality. The players displayed a big team mentality and I couldn’t be prouder.”

The win sees Arsenal jumped to third in the Premier League table standings with 30 points, but they could be overtaken again after Tottenham and Chelsea play their fixtures later on this weekend.

Wigan are on 15 points and sit in 18th place in the League table standings.

SANTA CRUZ (Sporting Alert) – A Brazilian side made up of mainly locally based players will take on Bolivia in a friendly football international game on Saturday night. Brazil v Bolivia Live Score With the likes of Fred, Kaka, Dani Alves, David Luiz, Thiago Silva, Oscar, Ramires and Hulk not included in the squad, head… Sporting Alert – The starting lineups and live streaming of the English Premier League game between Manchester United and Sunderland at Stadium of Light on Saturday.