KINGSTON (Sporting Alert) — Asafa Powell will race over the 200m dash at the Utech Track & Field Classic, which takes place at the National Stadium in Kingston, on Saturday.

A host of local stars set to headline the meeting, but Powell’s coach Stephen Francis had earlier revealed that the former 100m world record holder would not be featuring in any high-profiled match-ups and with world champion Yohan Blake entered in the 100m dash – it now make sense to see him in his less favourite event.

Meanwhile, world champion Blake, the training of Usain Bolt will feature in the men’s 100m and will race in heat three of the event.

In his heat, he will face Andrew Hinds, Oshane Bailey and Jacques Harvey. Blake is expected to team up with Bolt and Mario Forsythe in the men’s 4x100m for the Racers Track Club.

In the meantime, Olympic champion ShellyAnn Fraser-­‐Pryce will take the track in the women’s 200m dash and will race from lane four. He teammate and 400m specialist Shericka Williams will run in the women’s 100m.

15 Feb 2013 – (Sporting Alert) — Following the exciting action in the Champions League and Europa League in midweek, domestic league football fixtures take focus again on Friday. Amongst the highlighted games on Friday, are the Serie A clash between AC Milan and Parma and the German Bundesliga game involving leaders Bayern Munich and Wolfsburg. Former… 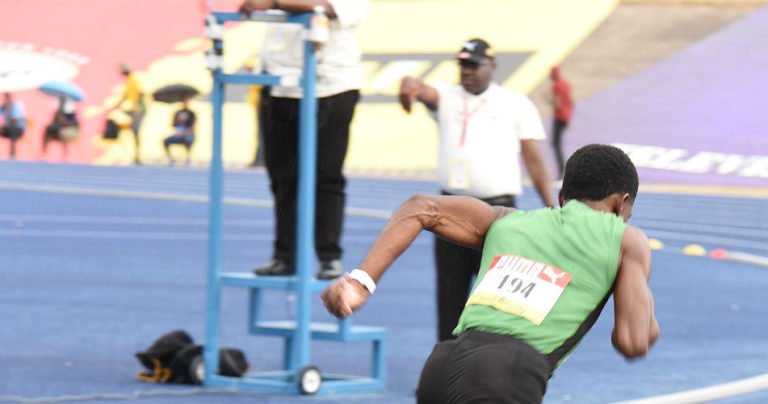 KINGSTON, Jamaica — Here is the order of events, live streaming coverage as well as live result updates on day three of the Jamaica High School Boys and Girls Champs 2019 inside the National Stadium in Kingston, Thursday.