Jackson, who was held to just 11 points in the defeat to Kansas on Tuesday night, shot 6 of 14 from the floor against Penn State and played a season-high 35 minutes.

Amile Jefferson had 16 points on 6 of 9 shooting, 15 rebounds and four blocks for Duke, while Luke Kennard and Matt Jones each scored 15 points for the nation’s top-ranked team.

Grayson Allen shook off a toe injury to finish with 12 points, eight rebounds, four assists and two steals in the win.

The Blue Devils (3-1), who were already without freshmen Jayson Tatum, Harry Giles and Marques Bolden, also had to play most of the game without sophomore forward Chase Jeter, who suffered an ankle injury early in the first half.

“We’re banged up more than any team I’ve ever coached,” said Duke coach Mike Krzyzewski. “Before the game and then during the game.

Jeter rolled his left ankle while going for an offensive rebound under the Penn State basket and needed assistance to get off the court after being on the floor for several minutes.

He played just six-minutes before being helped to the locker room and did not return.

He’s unlikely to feature in the championship game on Sunday, with Krzyzewski listing his status as “doubtful.”

Duke will next face Rhode Island in the championship game after the No. 21 Rams picked up a 76-71 comeback victory over No. 24 Cincinnati in their Hall of Fame Tip-Off Tournament semis. 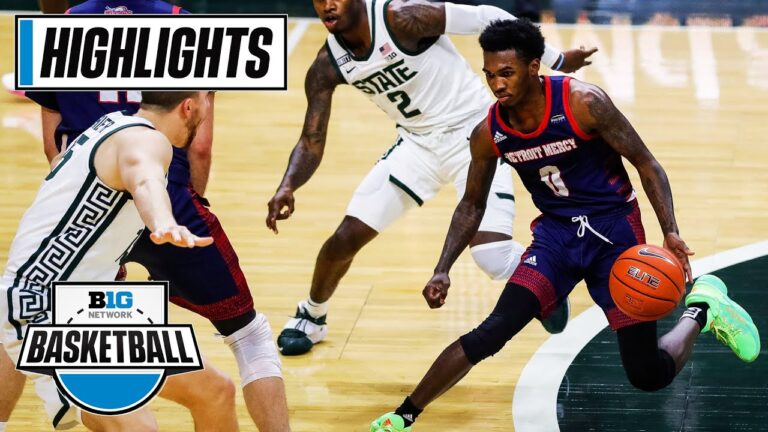 Report and highlights as the No. 8 Michigan State Spartans survived scare with an 83-76 win over Detroit Mercy at Breslin Center on Friday.