Entering this game, UMass Lowell, which suffered a 73-67 defeat to NJIT on Saturday (Jan. 2), has lost four straight games and needed to make adjustments after struggling to contain their opponents defensively.

Boudie, who is averaging in single-digit this season for scoring, shot 8 of 10 from the field for his season-best and grabbed 12 defensive rebounds in his career-high for the River Hawks (3-7, 2-4 America East Conference).

Sophomore guard Gregory Hammond also scored a season-best 18 points on 7 of 11 shooting, while Bryce Daley ended with 11 points and six rebounds in the win.

“We are thrilled to get a win, we haven’t had one in a while,” coach Pat Duquette said. “But the way we played, we earned it today. Right from the start, we had a different approach.

“I think last night was a pivotal moment for us. We all did some soul-searching. We have a lot of guys that care in our locker room, and we did a lot of talking and just came out with a different mindset from the start.

“We defended from the start, held them to 60 points, and really controlled the game most of the way against a good team.”

Obadiah Noel, who leads the team in scoring this season, finished with 10 points and nine rebounds, and eight assists for UMass Lowell, which shot 48.4% from the field on 30 of 62 shooting.

Antwuan Butler had 15 points and four rebounds and made 10 of 12 free throws for NJIT.

Souleymane Diakite added 13 points, eight rebounds, and three blocks, while Zach Cooks ended with 12 points and Dylan O’Hearn scored 10 points for the Highlanders (3-3, 2-2), who had their two-game winning streak snapped.

Qon Murphy finished with 11 points for the Wildcats, who shot 41.7% from the field and made 20 of 28 from the free-throw line.

Ja’Shonte Wright-Mcleish shot 5 of 6 from the field for 12 points for Maine. Stephane Ingo added 10 points and 17 rebounds, while Mykhailo Yagodin scored 10 points in the defeat for the Black Bears, who shot 43.8% from the field and 40.9% from the 3-point range. 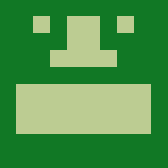