Kyrie Irving scored 27 points and LeBron James, who made his first nine shots, added 24 and the Cavaliers defeated the Raptors 115-84 at the Quicken Loans Arena to take a 1-0 lead in the series and win their ninth straight in the postseason this year, following respective 4-0 victories of the Pistons and Hawks in the first two rounds.

Irving, who is back to fully fitness this postseason after being troubled by a bruise knee cap last term, went 11-for-17 from the floor, while James, who had five dunks on the night shot 11-for-13 and pulled down six rebounds for Cleveland in the dominating win.

The Cavaliers shot 67 percent from the floor in the first half and 50 percent from 3-point range during that period and led 66-44 at the interval. The visitors used a 22-2 run to blow the game wide open in the second quarter and travels had no answers.

The Cavs led by double figures for most of the contest, and went up by as many as 35 points, as the Raptors struggled to get close after the game got out of hand before the halftime break.

Unlike in the previous games where they shot lights out from 3-point range, the Cavaliers did most of they damage closer to the basket.

It was Toronto’s intentions to keep down the Cavs’ success from long-range, after the No. 1 seeded club averaged almost nearly 17 3-pointers per game during the first and second rounds of the playoffs.

“Tonight they wanted us to be in the paint,” James said. “We tried to take advantage of that. I keep telling you we’re not a jump-shooting team.

“We’re a balanced team. We’re able to do whatever the game dictates, and we’re able to adjust to that.”

DeMar DeRozan paced the Raptors with 18 points and Bismack Biyombo added 12 in the defeat for Toronto, which fell to 1-10 all-time in postseason Game 1s.

Kevin Love finished with 14 points for the Cavs.

Game 2 of the series is on Thursday, also in Cleveland.

The Cavaliers easily covered the spread as 11-point home favourites, while dominating the Raptors on the glass 45-23.

“I thought they were quicker than us tonight, and the reasons are not important. It’s not an excuse,” Raptors coach Dwane Casey said. “It’s one game.

“But they were the quicker team tonight, and we’ve got to make adjustments of how we want to combat that quickness.” 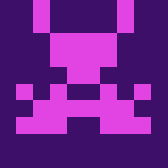