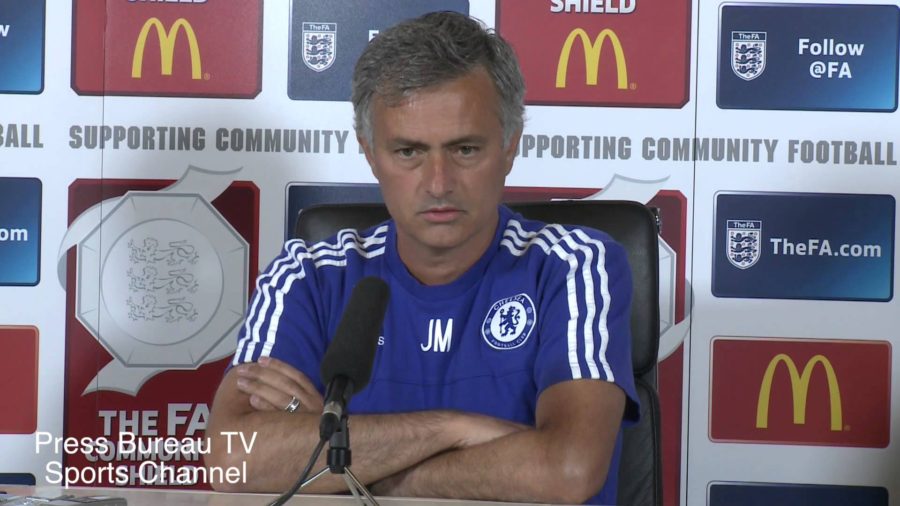 Goals from Sergio Aguero, Vincent Kompany and Fernandinho, set up the victory for Manuel Pellegrini’s men to go top of the EPL table standings on goal difference and move from their starting odds of 7/4.

The Citizens had a dominant display and could have scored even more goals, if it wasn’t for some brilliant goalkeeping from Asmir Begovic, who started for the suspended Thibaut Courtois.

Defeat on Sunday sees Chelsea starting the season without a win for the first time since 1998, while Manchester City, who were earning back-to-back 3-0 victories to start the term, handed Pellegrini his first Premier League win over Mourinho.

Chelsea started the campaign as the team to beat after dominating the race for the crown last year, but Man City have now taken over the favourite tag, according to Sky Bet.

Losing so heavily to one of their strongest rivals for the Premier League title will be a worrying sign for Mourinho, whose Blues side is at 6/1 to finish outside of the Champions League places.

“For those who think there is a crisis at Chelsea, they are now 6/1 to finish outside of the top four,” added Gill.

In addition, Chelsea have also been pushed out to 100/30 from 9/4 to win the Premier League this season with many blaming Mourinho for unsettling his squad with unnecessary things.

Arsenal, who held off Crystal Palace 2-1 in the other game on Sunday, have been cut to 4/1 from, with Manchester United at 11/2 and Liverpool, who tackle the newly promoted Bournemouth on Monday, backed at 28/2.

In the race for the top goalscorer title, Aguero is now 9/4 from 11/4 to be the Premier League top marksman, with Costa at 9/1, Manchester United’s Wayne Rooney, Arsenal’s Olivier Giroud and Christian Benteke of Liverpool at 14/1.