MIAMI, FL, Sporting Alert – Clemson enters its New Year’s Eve College Football Playoffs semifinal clash with No. 4 Oklahoma as the underdog, despite being the No. 1 ranked team in the country.

The Tigers (13-0) is the only undefeated team in the FBS this season, and will go in search of their 14th straight win for the term, but the oddsmakers are backing the Sooners (11-1) to win by 4-points.

“Let’s finish 2015 positive. It’s been a good year for us and we are hoping to keep it going with another win,” said Clemson coach Dabo Swinney.

The series is locked at 2-2, but when these teams last met, Clemson ran all over Oklahoma, 40-6 in the Russell Athletic Bowl in 2014.

This battle will see two of the country’s best quarterbacks, in Oklahoma’s Baker Mayfield and Deshaun Watson of Clemson going head-to-head, and the final result could very well be determined by which of these guys can dominate more.

This matchup will see two explosive offenses going head-to-head and at the center of it all is two All-American quarterbacks who are backing themselves to lead their respective club to victory, as they seek a place in the College Football Playoff championship game next month.

Heading into this game, Watson, who finished third in the 2015 Heisman Trophy voting, piled up 4,399 yards of total offense with 41 touchdowns, while passing for 3,512 yards and 30 TDs with 11 interceptions.

He is expected to be a handful for the Sooners defense come Thursday.

Meanwhile, Watson will be up against fellow quarterback Mayfield of Oklahoma and he also has great numbers — throwing for 3,389 yards and 35 touchdowns with only five interceptions this season. He’s also run for 887 yards and 11 touchdowns. 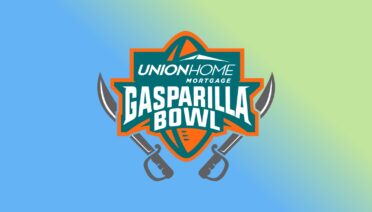