On Thursday night, No. 17 Louisville will travel to Raleigh to face No. 24 North Carolina State at Carter-Finley Stadium.

The Wolfpack (4-1) have won four straight, including knocking off then-No. 12 Florida State and will be hoping to secure another marquee win in their push for postseason football.

Louisville (4-1) and reigning Heisman Trophy winner Lamar Jackson go in search of a third successive victory after losing to No. 2 Clemson earlier this season.

The Cardinals won last year’s battle 54-13, but start as the underdog, as ESPN’s Football Power Index gives NC State a 61.4 percent chance to upset the visitors.

You can watch live coverage nationally on ESPN with WatchESPN providing the live stream.

On Fox Sports 1 USA and Fox Sports Go, No. 23 West Virginia will make the trip to Amon G. Carter Stadium in Fort Worth, Tex., on Saturday to take on the high-flying No. 8 TCU.

The Horned Frogs (4-0) have proven that they are one of the serious contenders for the Big 12 title this season with a an impressive 44-31 victory over the Mason Rudolph led Oklahoma State last week and have been given a massive 88.4-percent chance to beat the Mountaineers this weekend.

West Virginia (3-1) has scored over 50 points in three straight games and it will be seeking to bring over that offensive form into the road battle with TCU.

In other college football schedule games involving AP Top 25 teams, No. 1 Alabama will visit Texas A&M, defending champion and second-ranked Clemson welcomes Wake Forest, No. 3 Oklahoma returns from its rest week with a home fixture against Iowa State, while No. 4 Penn State is at Northwestern and No. 5 Georgia goes to Vanderbilt.

In other interesting games on the college football schedule for Week 6, No. 13 Miami (FL) travels to Florida State, live on ESPN, LSU, which dropped from the rankings recently goes to No. 21 Florida, while No. 7 Michigan welcomes arch-rival Michigan State, live on national television on ABC and No. 10 Ohio State face a tricky tie against Maryland.

NASHVILLE, Tenn. (Sporting Alert) — Results and box scores from the NCAA college football bowl games that took place on Tuesday, Dec. 30. In the battle for the Franklin American Mortgage Music City Bowl, Notre Dame defeated No. 23 LSU 31-28 with a late field goal, while No. 13 Georgia secured a 37-14 win over No. 21 Louisville in the Belk Bowl. 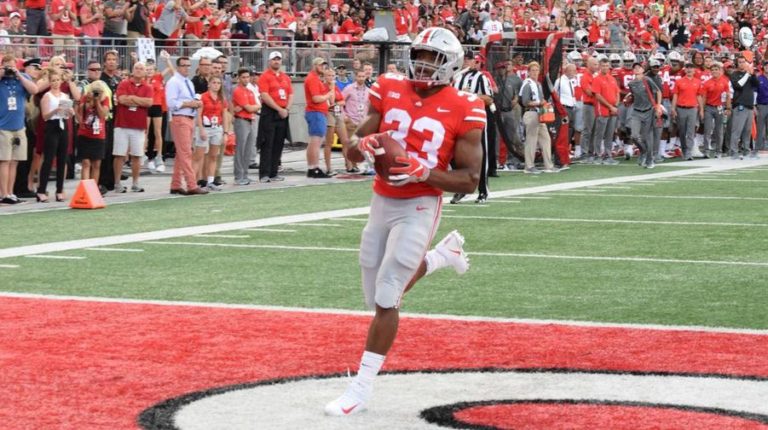 (Sporting Alert) — Iker Casillas keeps his starting place in goal for Spain, while David De Gea is on the bench for tonight’s Euro 2016 Qualifying Group C clash with Slovakia at Tehelne pole.