Winning the toss and electing to bat first at the Queen’s Park Oval in Port of Spain, Red Steel reached 178 for 5 off their allotted 20 overs.

In reply, the Tridents were restricted to 158 for 4 off their 20 overs. But before the pair came together, Jacques Kallis went for eight runs when the score was at 18 after he was bowled by fellow South African Robin Peterson in the third over.

His wicket brought Delport and Akmal together and the pair put on 102 for the second wicket before the former was caught by Kieron Pollard off his own bowling for 50 runs.

Delport’s half-century came off 38 balls and he struck 6 fours and 2 sixes.

One delivery later, Pollard had Akmal caught by Ashley Nurse for a top score of 60, and his knock came from 46 deliveries and it included 5 fours and 2 sixes.

That brought the Bravo brothers to the middle and they took the score to 160 before the fourth wicket fell, when Darren was caught for nine in the deep by Peterson off the bowling of Rayad Emrit to the start 18th over.

This was after he and Dwayne had taken 24 runs off Ravi Rampaul in a very expensive 17th over.

Emrit also removed Kevon Cooper in the 18th over with captain Pollard diving forward to take a wonderful catch at long-on, the score then was 165 for 5.

At the end of the inning, Dwayne Bravo was 29 not out off 15 deliveries with 4 fours and a six.

Pollard and Emrit each had two wickets for the Tridents.

“I think it is a very good total,” wicketkeeper batsman Akmal said.

In their chase to get the 179 runs for victory, the defending champions got off to an impressive start – blazing 85 runs off the opening 9.3 overs, before Dwayne Bravo and his men began the restraint.

Dwayne Smith made a quick fire 49 off 30 balls with 4 fours and 3 sixes, Misbah-ul-Haq hit 21 and Steven Taylor and Kyle Corbin each made 20 before losing their wickets.

At the end, Pollard was left not out on 20 and Jason Holder was also undefeated on the same score.

However, this wasn’t enough to see the Tridents over the line as they fell 20 runs short of the target.

Spinner Sulieman Benn finished with two wickets for 24, while Derone Davis and Johan Botha each had a wicket.

Trinidad and Tobago made the final after getting past Chris Gayle and the Jamaica Tallawahs as well as the Guyana Amazon Warriors.

“It’s a great feeling, words can’t explain it. Thanks to the fans who came out every game and made this final very special,” captain Dwayne Bravo said about the Red Steel victory.

“These are the best fans in the world to play cricket in front of. T&T – this is for you!”

At the same time, Barbados Tridents captain Pollard acknowledged his team was no match for the hosts.

“In the final it can go either way,” the all-rounder said. “They ended up winners.

“We weren’t up to scratch with the ball but I’m still proud of the guys – they did a terrific job and hopefully next year we can go one better.” 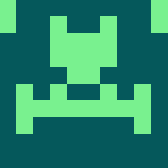