The English Premier League fixtures for the 2016/17 season are out and here are the opening games, which were released by the football league on Wednesday.

And right at the top, we have a big fixture, with title chasers Arsenal and Liverpool kicking off things at Emirates.

Arsenal against Liverpool battles are always intriguing and both teams will be going out for a win.

Champions Leicester City will start the defence of their Premier League title away at newly promoted Hull City and they will be hoping to have all their star players for the start of the season, with the likes of Jamie Vardy, Riyad Mahrez and Kasper Schmeichel all being linked away from the King Power Stadium.

Over on the red side of Manchester, Jose Mourinho starts his managerial duty at Manchester United on the road against Bournemouth and the former Chelsea boss will be hoping for a better start to a season at Old Trafford than the one he had last year at Stamford Bridge before he was sacked by the Blues.

Meanwhile, Everton’s new manager Ronald Koeman will start his reign at Goodison Park against Tottenham, while his former club Southampton, still without a manager, will open at home against Watford, which will be hoping to survive another rough term in the top flight again.

Antonio Conte and Chelsea will get the season start at home against West Ham United and this fixture is expected to be an exciting one.

Elsewhere, newly promoted Middlesbrough, back in the English Premier League, has been rewarded with a home opener against Stoke City, with Burnley, another promoted side, gets Swansea City at home to start the season, while Crystal Palace will face West Bromwich at home to start the campaign. 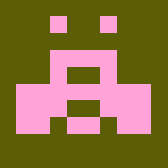