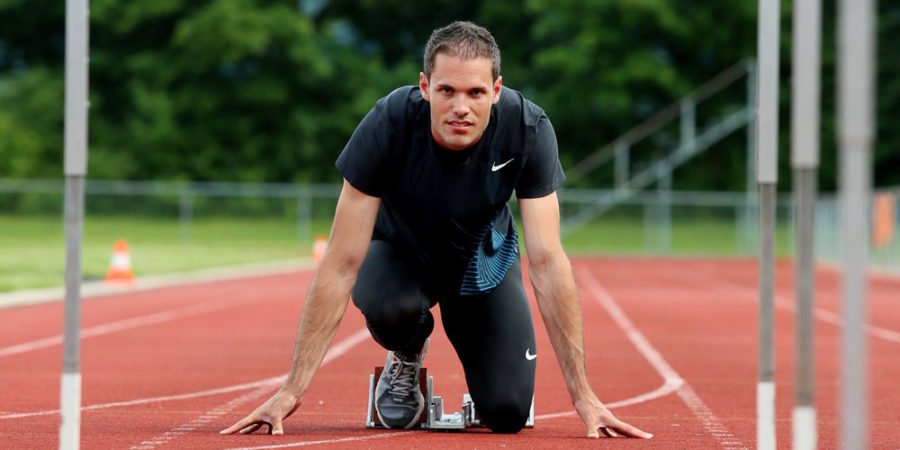 We are delighted to announce Matthias Bühler will join up with the sprint group at the World Athletics Center in Phoenix.

The 26 year-old German hurdler is set to travel to the United States this winter to prepare for the 2014 season, which includes the European Championships, in Zurich, Switzerland.

Bühler who is currently based in Offenburg, Germany, explained he only took up hurdles late but has made tremendous progress over the last ﬁve years.

“I trained in my home city from 7 to 18 years old – two practices a week. I didn’t take up the hurdles really until I was 18; now I train professionally and it has increased to six sessions in a week” said Matthias.

“I train in Offenburg in Germany – but for the gym I go to Heidelberg which is a two hour drive. It’s very far to travel and we don’t have too many Centers to train here. In Offenburg, I often train alone and have no training partner.”

Bühler has won four German Championships over the past ﬁve years and realized a dream when he ran in the Olympic games at London 2012.

“This year I am going to do a training camp in Phoenix and then I want to base myself there. It seems like a very good place to train. The weather is much better than Germany and it is more consistent. I am really looking forward to it”.

Buhler says that he can learn a lot from training with World Athletics Center athletes: “Aries Merrit and Andrea Behm training and coaching in Phoenix is very exciting. Aries is inspiring to me and Andreas will be very beneﬁcial. Andreas also speaks German which makes it easier for me to fully understand fully coaching”.

Says World Athletics Center sprints and hurdles coach Behm: “We are very excited to have Matthias as part of the World Athletics Center. He is an experienced, yet young hurdler with plenty of room to grow and improve. We look forward to helping him continue to work towards his full potential and establish himself as one of the best hurdlers in Europe”

Mattias can’t wait to get started, as he aims to make the Final at the European Championships, and to consistently run under 13.30.