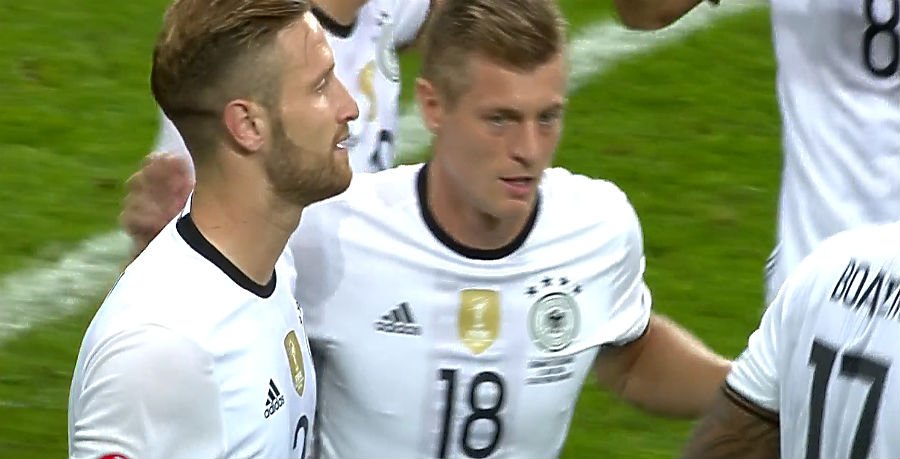 SAINT-DENIS, Sporting Alert – Germany and Poland battle for points in the second game in Group c at Euro 2016 at Stade de France on Thursday.

The two nations opened the tournament with respective wins, and can book a place in the round of 16 with another victory.

However, earlier Germany coach Joachim Loew made a change to his starting lineup bringing central defender Mats Hummels to replace Shkodran Mustafi in the half of the defence.

Hummels had missed the first game, which ended 2-0 in favour of Germany over Ukraine, because of a calf injury, but recovers in time to start this game.

Mustafi will feel a little unlucky to lose his place, after he impressed and scored the World Cup champions’ first goal against Ukraine.

Despite scoring in the opening round of the tournament, Manchester United midfielder and captain Bastian Schweinsteiger remains on the bench for Germany.

Poland also made adjustments to its lineup for the second game in Group C.

Szczesny, who started in the 1-0 win over Northern Ireland, picked up a slight injury during that contest and was unable to go today.

Szczesny, who started in the 1-0 win over Northern Ireland, picked up a slight injury during that contest and was unable to go today.

Japan game from two goals down to earn a 2-2 draw with the Netherlands in Saturday’s friendly football international game at Cristal Arena in Genk, Belgium.

HOUSTON (Sporting Alert) — The following are the starting lineups for tonight’s friendly international game between Canada and USA.  Watch Live Also On ESPN and ESPN2, Univision Deportes and Sportsnet start at 9 PM ET. Amongst the starters tonight for the United States are stand out defender Omar Gonzalez, forwards Chris Wondolowski and Eddie Johnson and midfielders Kyle… USA and Ecuador will battle in the first quarterfinals at the Copa America Centenario on Thursday night at CenturyLink Field in Seattle. Follow it live!