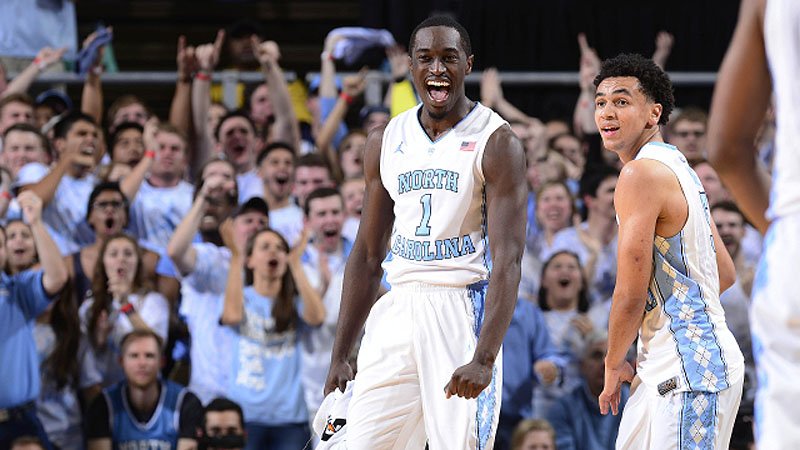 Through an 11-2 start to the NCAA basketball season and a top-10 national ranking, outsiders may not be aware that the North Carolina Tar Heels have been playing without one of their five starters and arguably the best athlete on their team.

North Carolina is very deep; it always has been under head coach Roy Williams. Carolina routinely plays 10 men and rotates in two full allotments of players in any given game, not counting mop-up duty for walk-ons in blowouts.

That is once again the case this season, as 10 Tar Heels are averaging at least 10 minutes per game. And yet, that double quintet has not included wing Theo Pinson.

Pinson has missed the entire season to this point after breaking his foot in the preseason. He was set to be the team’s starting shooting guard, playing in the backcourt alongside Joel Berry.

Instead, Pinson, the Greensboro, North Carolina native, has been relegated to the bench and the rehab room. Reports this past week indicated that Pinson has been cleared to begin “basketball-type activities.” That innocuous phrase leaves his expected return date very much up in the air, but it is a step nonetheless.

He was originally given a recovery time of eight to 12 weeks, and expectations are that he will come back more towards the back end of that figure. When Pinson does get back on the floor healthy, he adds yet another element to a prolific North Carolina attack.

Pinson is nominally a shooting guard, though shooting is far from his strength. He has a little outside range, but mostly he is an elite athlete on both ends of the court. He was not a big scorer in either of his first two seasons in Chapel Hill, but that undersells his significance.

As a freshman in limited spurts, Pinson was a very effective defender, limiting opponents to 96.7 points and averaging 2.7 steals per 100 possessions. In his sophomore year, his offensive output really picked up and he flourished with a 111.7 offensive rating.

More importantly than his own output, though, Pinson’s return also resets the North Carolina rotation to its proper alignment.

Pinson gives Berry a better running mate on the break and secondary push; Kenny Williams can come off the bench as a floor spacer for the second unit; Brandon Robinson will slide out of a major role, giving him another year to develop. It would help even more if Pinson could shoot, but his presence is important regardless.

UNC’s next game is against Monmouth. After that, ACC games tip off with back-to-back road contests against Georgia Tech and Clemson. It will be some time after that that Pinson makes his way back to the court, but whenever it happens, Carolina will be glad.

As long as he has weeks to get acclimated before tournament play, Tar Heel opponents are fearful of what this team will look like at full strength. SportingAlert’s report as North Dakota narrowly defeated South Dakota 75-71 on Thursday night in a Summit League opener for both teams. The latest NCAA Division I men’s basketball scores on Feb. 12 saw two upsets on the day, including Virginia Tech’s win over rival and ranked Virginia. No. 1 seed Villanova is the new favorite to win the NCAA Tournament – March Madness – and it eased to an 81-58 win over ninth-seeded Alabama in a second-round game on Saturday. Mikal Bridges hit five 3s on his way to scoring 23 points for Villanova in the win to advance to the Sweet 16.