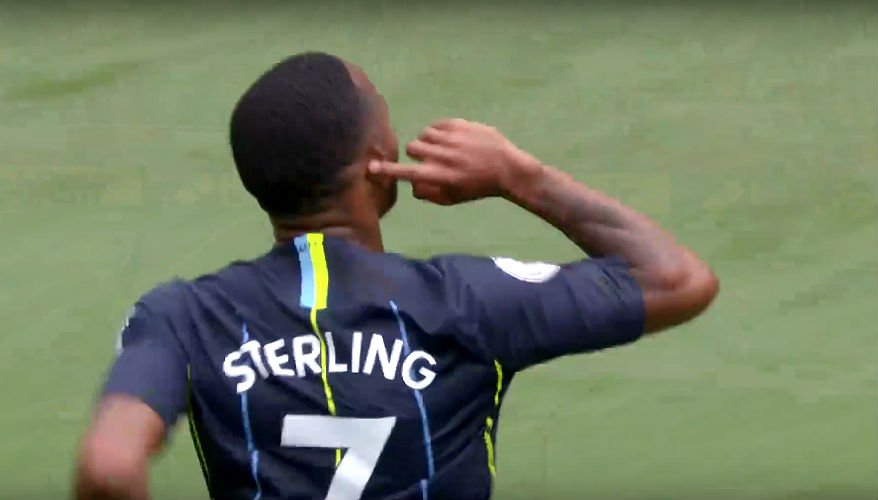 LONDON – Highlights and report from the English Premier League Week 1 highlighted game between Manchester City and Arsenal in London.

Manchester City opened the defense of their English Premier League title with a commanding 2-0 win over Arsenal in a season opener for both teams at Emirates Stadium on Sunday.

Raheem Sterling silenced the majority of the almost 60,000 fans at the Emirates when he opened the scoring for Manchester City in the 14th minute.

The England international fired City into what was a deserving lead when he shifted past Hector Bellerin and Matteo Guendouzi and beating Petr Cech with his 50th Premier League goal.

Bernardo Silva wrapped up the win with an excellent strike on 64 minutes to earn the three points for the Citizens and handed Unai Emery a defeat on debut as the new Arsenal manager.

“Our average level is high, we cannot deny that. I’ve said many times I have the feeling we can improve,” said Manchester City boss Pep Guardiola.

“Still, we are not good enough to know exactly what we have to do, but in general, I cannot be more satisfied from what I saw against Chelsea and Arsenal.”

Meanwhile, Arsenal boss Emery said: “Manchester City’s performance showed us that we need to continue the process of improving. They deserved the result.

“We are a new team [that needs] to improve. For me today, I was frustrated that we lost but it is also one more experience and continued progression,” he added.

Man of the match: Bernardo Silva LONDON (Sporting Alert) — Forward Emmanuel Adebayor starts on the bench for Tottenham in this afternoon’s Barclays Premier League clash with Newcastle at White Hart Lane. Watch ESPN3 Live: Tottenham vs Newcastle United It is an interesting decision by manager Andre Villas-Boas, who is without regular first choice striker Jermain Defoe, who picked up an ankle injury last…

(Sporting Alert) — Roberto Martinez and English Premier League side Everton will take on Serie A champions Juventus and Spanish coach believes the addition to an already star studded team makes them one of the best in Europe. Follow Live Juventus v Everton Scores and Updates | Watch Live Streaming (Paid). Everton will match talents with Juventus in…