Highlights and report from No. 11 West Virginia win over No. 19 Richmond Sunday. Five Mountaineers scored in double figures. Richmond lost for the first time. MORGANTOWN, W.Va. — Five West Virginia players scored in double figures, and the No. 11 ranked Mountaineers used a big second half to hand the previously undefeated No. 19 Richmond its first loss of the season with an 87-71 win.

Leading by five with 7:07 left in the first half, West Virginia outscored Richmond 27-10 afterward to build a 22 point lead and went into the halftime break with a 52-30 advantage at the WVU Coliseum.

The home side increased that lead to 30 points early in the second half en route to the commanding win that snapped Richmond’s four-game win streak.

Miles McBride had 20 points on 9 for 11 shooting with five rebounds to lead the way for West Virginia (6-1). Taz Sherman added 15 points (5 of 7), while Sean McNeil and Oscar Tshiebwe scored 12 apiece.

“In the North Texas game we didn’t have any intensity,” McBride said. “I think our intensity in the first half is something that we need every game for all 40 minutes.

“I think if I can start that off and others can feed off it, I think we’re going to be hard to beat.”

Emmitt Matthews Jr. grabbed six rebounds and Tshiebwe added five boards and three assists for the Mountaineers, who won shooting 58.1% from the floor and made 8 of 14 attempts from 3-pointers.

“They’ve shot like that in practice pretty much all along,” West Virginia coach Bob Huggins said. “I don’t think it was a matter of them looking like they were hot. They were just normal.”

Tyler Burton finished with a double-double of 14 points and 10 rebounds to lead the way for the Spiders (4-1) who entered the contest on a four-game winning streak.

Nathan Cayo added 14 points with six rebounds and Blake Francis ended with 12 points, but was 5-of-17 from the field and went 1-for-10 from 3-point range in the defeat.

“They haven’t shot that well too often here in the last couple of seasons,” Richmond coach Chris Mooney said.

“Maybe they were too comfortable because we were so concerned about the interior players and making sure we were in passing lanes on the passes that went into the post.

“If they shoot that well, they’ll be really difficult to beat.”

West Virginia scored 19 points off 16 Richmond turnovers and outscored the Spiders 36-28 in the paint. Both teams had 10 steals each, while the Mountaineers dished out 22 assists on 36 made baskets.

In a game dominated by the hosts where they led by double digits with 3:27 left in the first half until the final whistle – there were five ties and four lead changes.

Richmond plays at Vanderbilt on Wednesday night, while West Virginia hosts Iowa State in its Big 12 opener on Friday night. 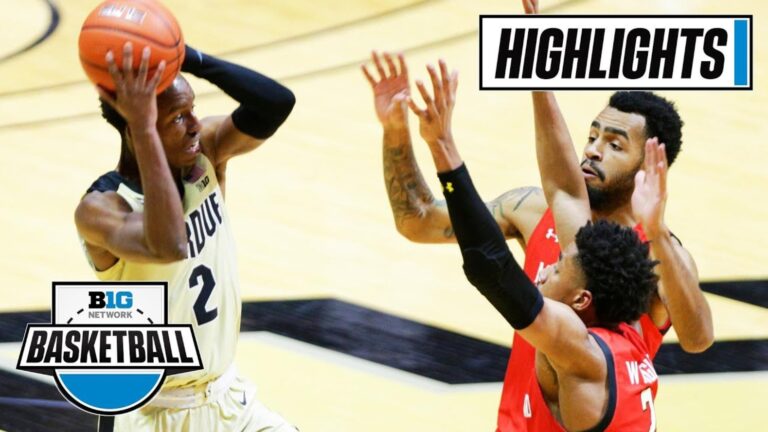 Purdue Maryland basketball box score and the score from the game today. Watch free highlights with stats and the report.