LUBBOCK, Texas – The No. 17-ranked Texas Tech will host Troy University at 8 p.m. on Friday in a non-conference matchup at the United Supermarkets Arena. The Red Raiders successfully were able to secure a replacement game after having its game against St. John’s canceled.

The game will be broadcasted on ESPN2 with Mark Neely and Fran Fraschilla calling the game along with on the radio through the Texas Tech Sports Network with Geoff Haxton and Chris Level.

Texas Tech (2-1) is coming off a 64-53 loss to No. 10-ranked Houston last Sunday in Fort Worth after opening the season with a pair of dominant home wins over Northwestern State and Sam Houston State.

Mac McClung leads the Red Raiders with 18.0 points per game, including scoring a season-high 20 points in the opener against NSU while Marcus Santos-Silva has recorded a pair of double-doubles through three games and Terrence Shannon, Jr. is adding 10.3 points and 4.7 rebounds per game.

McClung has led the team in scoring in each game this season after going for 16 on Sunday, while freshman Micah Peavy scored 12 against Houston and is now averaging 8.7 ppg. from the starting the lineup. Peavy went 6-for-8 from the field for his 12 points and also had four rebounds.

The Trojans are coming off a 9-22 overall record and went 5-15 in Sun Belt Conference play last season. Troy is coached by Scott Cross who was the head coach at UT Arlington from 2006-2018 and an assistant at TCU in the 2018-19 season.

Cross, who went 225-161 at UTA, hired Texas Tech assistant coach Ulric Maligi in 2006 for his first collegiate job. Maligi worked under Cross for one season and is now in his second season with the Red Raiders.

UP NEXT: Texas Tech will also host Grambling on Sunday with a 1 p.m. tipoff and then Abilene Christian on Wednesday, Dec. 9 for a three-game homestand at the USA.

“We like our balance this season,” Beard said. “It’s as many returners as we’ve ever had with guys who were in our rotation. To have seven guys on our roster from last year is something we’re hoping pays dividends this year. With the new players, we still stayed old with our transfers who can impact games from the first day.” 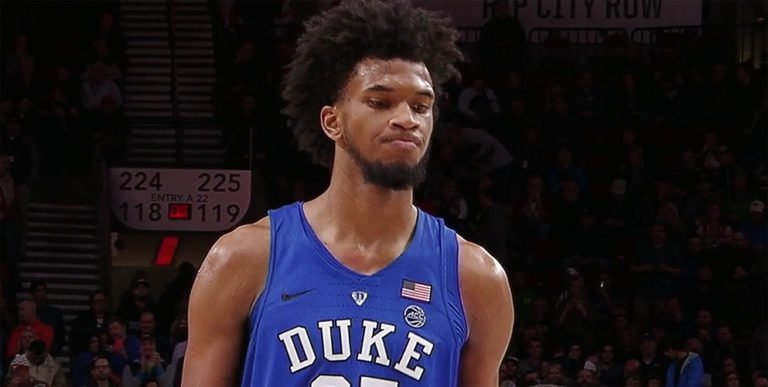 Talented freshman Marvin Bagley III will miss his fourth straight game Wednesday night when No. 5 Duke hosts Louisville at Cameron Indoor Stadium here in Durham. Live television broadcast of this season will be on ESPN. WatchESPN will have live streaming, starting at 9:00 pm ET.

Duke travels to Wake Forest this weekend for a NCAA basketball game looking to bounce back from the last defeat against NC State. The Blue Devils are yet to win on the road in conference play this season.