NASSAU, Bahamas (Sporting Alert) — The stage is now set for the second edition of the 2015 IAAF World Relays that will take place from May 2-3 in Nassau, Bahamas.

Universal Sports Network will provide live and exclusive television and online streaming coverage of the meeting, starting on Friday at 7 p.m. ET. Live Online Streaming Coverage is also on Bahamas’ ZNS Network. Listen to the IAAF Radio throughout the competition.

Over 600 athletes from some 43 countries have been entered for the event that will see 10 relay races being contested at the Thomas A. Robinson Stadium.

The 2015 IAAF World Relays will serve as a qualifying competition for the 2016 Olympic Games in Rio.

Headlining the list of star track athletes set to compete is multi-Olympic champion Usain Bolt, who will lead the Jamaican squad in both the men’s 4x100m and 4x200m relays.

On the women’s side, Olympic sprint champion Shelly Ann Fraser-Pryce head the list of Jamaican athletes entered, but the country will be without  the fastest woman in the world this year, Elaine Thompson.

Thompson, who has produced a world-leading 10.92 already this season withdrew from the Jamaican team that touchdown in Nassau.

On the U.S. men’s side, Justin Gatlin, Tyson Gay and Ryan Bailey are expected to be in the 4x100m relay team, while the likes of LaShawn Merritt and Tony McQuay are expected to race on the 4x400m team.

At the inaugural World Relays last season, three world records were broken in the men’s 4×200 and 4x1500m, as well as the women’s 4x1500m, two events which have been deleted for this year.

Kenyan teams broke both the  4x1500m records, while Jamaica, even without Bolt established a new 4x200m standard. 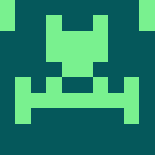