(Sporting Alert) — The pressure continues to mount on Brazil head coach Luis Felipe Scolari as his team prepares to take on France in a friendly game at Maracana before the Confederations Cup, which kicks off this coming Saturday.

Scolari, whose team is coming off a 2-2 draw with England in their last friendly international, has just one victory in the six matches since he took over and he knows the preparation for the World Cup next year needs to get better.

Meanwhile, team captain Thiago Silva, believes Brazil’s lack-off success at recent major tournament have been criticized, which is understandable, but people still need to respect what they have done.

“People in Europe don’t have big respect for the Brazilian people. I recently fought Olympique’s Joey Barton for that reason because he spoke badly about our football,” the Paris St Germain defender said.

“We’ve been eliminated from the World Cup and we didn’t have any other big competition to show our value.

“They see Spain, they see Germany, and they think they’re over us. But this shirt deserves respect, it’s the team with the most cups in history.”

Despite Brazil’s failure to finish off teams, France boss Didier Deschamps is expected to tough game against a team he believes is full of quality.

“I watched Brazil’s last game against England and they really have a lot of quality in attack with great technical expertise. They might have more ball than us,” Deschamps said.

“I may try to reinforce midfield, but not only to recover the ball. The idea is to force Brazil to defend a lot.”

Neymar, Hulk, Oscar, David Luiz and Dani Alves are all starters for Brazil, while Karim Benzema is amongst the starters for France. KINGSTON, Jamaica (Sporting Alert) — Former world 100 metres record holder Asafa Powell is reportedly nursing an injury that could force him to skip or change events at this weekend’s Jamaica International Invitational. Powell, who is on the list of sprinters to race over the 200m – where he is expected to race against world… 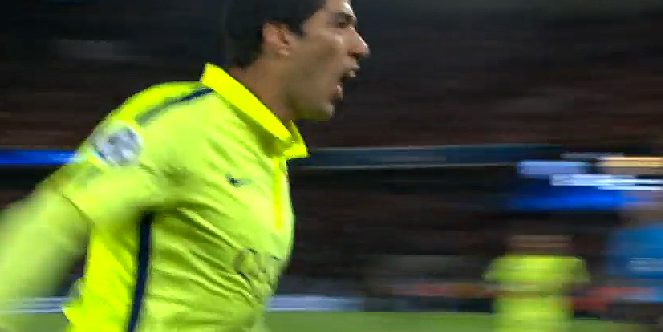 (Sporting Alert) — Demba Ba has been given the nod to lead Chelsea’s attack in today’s Barclays Premier League game with Norwich City at Carrow Road. Watch the live stream of Norwich City vs Chelsea on NBCSports also follow live updates @NBCSportsSoccer, Live Radio Coverage on TalkSport Ba comes in for the suspended Fernando Torres, who also picked up…

NORMAN, Okla. (SportingAlert) — Results, scores and records from the NCAA College Football top 25 teams on Saturday (Sept. 20). But No. 1 Florida State and No. 2 Oregon had to battle hard to secure victories on a night where ranked teams were also hit by setbacks.