TOULOUSE, Sporting Alert – Italy seeks to put a dent in Sweden’s quest to progress into the next round of Euro 2016 when they meet in Group E on Friday.

Eder breaks into the Sweden box on a long throw and flick on to fire past the goalkeeper and wins the match with a brilliant goal for Italy. Sweden again without a shot on target and Zlatan Ibrahimovic was poor again. The Breakdown: A long throw-in from Giorgio Chiellini was neatly flicked on by substitute forward Simone Zaza into the path of Eder and he broke towards the area before shooting hard into the goal.

The matchup comes from Stadium Municipal in Toulouse, and both teams were buzzing with confidence in their buildup preparations.

Head coach Antonio Conte makes just one change to his Italy team from the side that beat the Belgians, with Manchester United defender Matteo Darmian dropped and replaced by Alessandro Florenzi.

Darmian came in for a bit of a criticism for his performance against Belgium, so it wasn’t a huge surprise to see him left out.

Graziano Pelle, despite picking up a knock in the last outing, keeps his starting place in the attack.

Meanwhile, there are three adjustments to Sweden starting team, with Erik Johansson, who replaced the injured Mikael Lustig, as well as Albin Ekdal and John Guidetti all starting after coming on as subs against Ireland.

Another win for the Azzurri on Friday would secure passage into the last 16 and Conte has urged his team to get the job done.

“I think I’ve got a very intelligent group of players at my disposal,” Conte told UEFA.com. “All of whom are aware we’ve achieved something significant, because we’ve put ourselves in a good position to go through the group stage

“They know we have to work and give 100 percent, because if we’re simply content to produce the ordinary, that’s not good enough.

“We have to do something extraordinary to make people proud of us.”

Zlatan Ibrahimovic, who seeks to extend his record of scoring in every Euro Championships, will be the dangerman for Sweden, but Conte has warned his players against focusing solely on the 34-year-old. 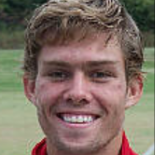