After weeks of speculations, the Jacksonville Jaguars have finally announced that Urban Meyer will be the team’s new head coach. The Florida-based franchise made the anointment official on Thursday.

Meyer won three national titles with the Florida Gators (x2) and the Ohio State Buckeyes, while going 12-3 in Bowl games before stepping away from the game.

He has no coaching experience in the NFL and has not coached since leaving Ohio State in 2018.

Meyer, who coached at Florida from 2005-2010 before heading to Ohio State for a stint from 2012-2018, revealed that the time is right for him to make a return to coaching.

“I’m ready to coach the Jacksonville Jaguars,” he said in a release. “Jacksonville has an enthusiastic fan base and the fans deserve a winning team.

“I’ve analyzed this decision from every angle — the time is right in Jacksonville and the time is right for me to return to coaching. I’m excited about the future of this organization and our long term prospect for success.”

The 56-year-old will succeed Doug Marrone and becomes the sixth permanent head coach in the Jaguars’ 27 seasons.

Meyer, a proven winner with a lot of experience working with top talents, has never had a losing season during his college football coaching tenure.

His record as a NCAA head football coach reads an impressive 187-32 in 17 seasons.

“Urban Meyer is who we want and need,” Jacksonville Jaguars owner Shad Khan said in a statement. “A leader, winner and champion who demands excellence and produces results.

“While Urban already enjoys a legacy in the game of football that few will ever match, his passion for the opportunity in front of him here in Jacksonville is powerful and unmistakable.”

The Jaguars struggled in the just concluded regular season after going 1-15 in 2020 and enter the offseason holding the No. 1 overall selection in the 2021 NFL Draft. Watch live streaming and television coverage of the Australian Open 2023 in the USA on ESPN and the ESPN App from Jan. 16-29. 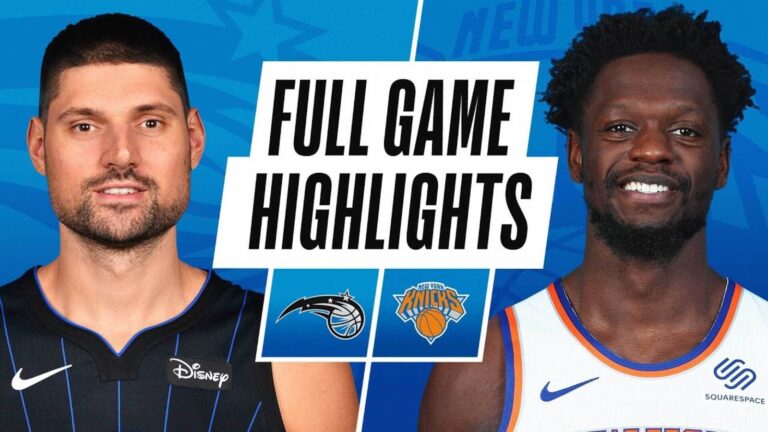 Did the Orlando Magic lose again? Sorry to say, yes they did after going 91-84 to the New York Knicks on Martin Luther King Jr. Day, Monday afternoon. Auburn successfully navigated the Oregon Trail to beat No. 3 seed Oregon State and to get back to Omaha for the College World Series 2022! Watch the video highlights of the game as the Tigers defeated the Beavers 4-3 on Monday to win the Corvallis Super Regional at Goss Stadium.