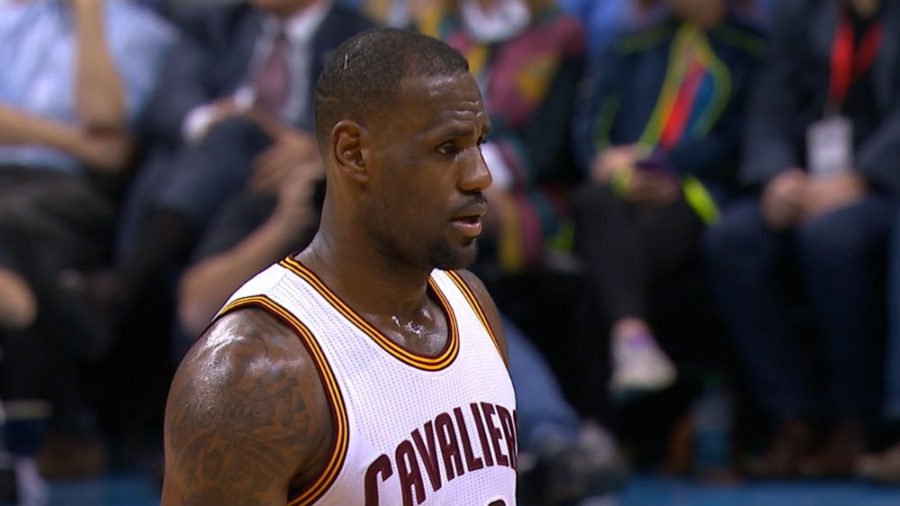 DETROIT, Sporting Alert – LeBron James and the Cleveland Cavaliers will look to pile additional misery on the Pistons when they travel to Detroit for Game 3 of the first-round series on Friday.

The Cavaliers lead the series 2-0 after winning both games at home, including Wednesday night’s 107-90 victory where they tied the NBA playoff record for 3-pointers made with 20 total.

The Eastern Conference No. 1 seed will now try to build on those two wins in their push to finish off the series on the road and get some early rest.

At the same time, though, the talented young squad of Detroit will come into the match with some confidence, having beaten Cleveland before the start of these playoffs and came closed to creating an upset in Game 1.

Basketball fans will also be keen to see the match-up between James and Pistons rookie Stanley Johnson, who had been trending across social media in the last couple of days, following their verbal clash after Game 2.

According to Stanley, he got into James’ head while guarding the star forward during Game 2 and it put him out of focus.

However, the Cavaliers forward told reporters ahead of the game in Detroit that his main objective is to help the team go 3-0 in the series and not to respond to opponents’ comments about him or their physical style of play.

“No [response],” James said when asked about Johnson’s comments. “My only mindset right now is how I can help this team get a Game 3 victory playing in a hostile building that I’ve played many series in before.

Johnson will be buzzing to guard James again on his home court this time, while the four-time MVP who is averaging 24.5 points in the two games of the series, can’t wait to take the court and make a statement to the young forward.

James, according to the stats books and ESPN Information, went 6-for-6 when Johnson was his chief guardian in Game 2 and he says he will continue to let his game do all the talking for him on the court.

“For me, at the end of the day, I can control what I can control, and that’s how I go out and play the game,” said the 31-year-old.

“There’s always going to be conversation outside of the four lines, and how much you can indulge into it can take away your focus from what the main thing is.

“I know what the main object is here, and that’s to be the leader of this team and get these guys ready for a very high-intense game tonight and moving forward. So, I don’t get caught up into anything.”

Johnson believes his comments are being taken the wrong way.

“I think my comments, it wasn’t really an outburst,” he told reporters after a shootaround session on Friday.

“I just think, at this point in time right now, it’s all about Game 3. What I said before really doesn’t matter. It’s in the past.

“We’ve got to control what we can control now. That’s it.”

J.R. Smith, who struggled in the first game of the series, was on fire from long-range in Game 2 – knocking down seven of the Cavs’ 20 3-pointers, while James, Kevin Love and Kyrie Irving also played a keys part in the dominating victory.

Overall, Cleveland has connected on 32 three point shots in this series and if they managed to keep this up then we could see a very short opening round series.

Detroit started the series on a high, knocking 15 3-pointers in Game 1.

The dazzling performance by the Cavaliers from behind the arc on Wednesday saw them joining the Seattle SuperSonics (1996), the Dallas Mavericks (2011) and the Golden State Warriors (2015) as the teams with the most 3-pointers in a single NBA playoff game.

LOS ANGELES (Sporting Alert) Chris Paul won his battle against Kobe Bryant on his way to finishing with a double-double, as the Los Angeles Clippers defeated the Los Angeles Lakers 107-102 on Friday night. Clippers (26-8), who were without their fourth quarter top scorer Jamal Crawford, who missed the game with a sore foot, jumped…

Chris Bosh and Dwyane Wade each scored 23 points and the Miami Heat defeated the Los Angeles Lakers 101-95 on Wednesday, shooting 51.3 percent from the floor. LeBron James grabbed a triple-double and Kyrie Irving dominated again, and the Cleveland Cavaliers beat the Toronto Raptors 108-89 to take a 2-0 lead in the Eastern Conference finals.