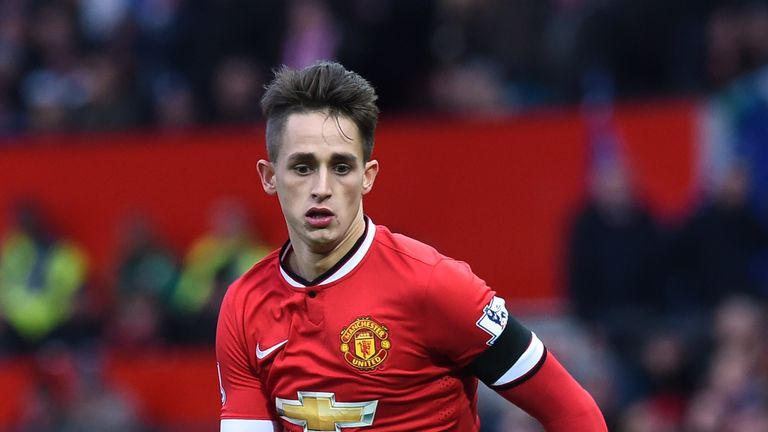 MANCHESTER (Sporting Alert) — Adnan Januzaj has cast doubts about his Manchester United future, after telling his manager Louis van Gaal to stop playing him as a defender.

Januzaj, who revealed that he plays more comfortable as a winger or in the No. 10 role, says he feels out of place playing as a wing-back in the Dutchman’s new System.

“I’m not really a wing-back,” the Belgian said in the Man United Review.

“System can make it more difficult for me but I have to keep working. That is what I am doing in training every day as I want more games.

“I’ve been a No.10 since I was young and I can play there more easily but I know I can also play as a winger.”

The 19-year-old was a regular for David Moyes during last season’s horrific campaign, but has found the going tough this term trying to break into Van Gaal’s setup.

The talented playmaker has been limited to just five English Premier League starts this season, and he has not been effected when playing as a wing-back.

“It’s harder for me to play as a wing-back because there is more defending involved and I’m not really a defender.

“My favourite position is as a No10 or a winger. There are lots of players here and I can play in different roles – it’s just a case of taking my opportunities.”

Januzaj has been linked with moves to several top clubs in Europe, including Real Madrid and Paris Saint-Germain, but Manchester United are reluctant to let another one of the club’s talented youngsters leave Old Trafford.

Everton reportedly tried to sign the teenager on loan on Deadline Day, but Van Gaal rejected the offer.

Januzaj played the entire 90 minutes in the 3-1 EPL win over Leicester City last Saturday, but at times he played outside of his comfort zone and was less than effective.

It will be interesting to see Januzaj’s development in the coming months with all eyes firmly set on whether he will remain a Manchester United player this coming summer.