NEW YORK — Josh Hart scored 29 points to lead No. 2 Villanova to a 74-60 victory over Creighton on Saturday to win the Big East Tournament at Madison Square Garden.

Hart, who shot 9-for-18 from the floor and made four 3-pointers, also grabbed six rebounds on his way to becoming just the third player to win the Big East Tournament MVP award twice, joining Patrick Ewing of Georgetown and Peyton Siva of Louisville.

Jalen Brunson added 17 points with three 3-pointers and Kris Jenkins scored 14 points for the Wildcats (31-3), who will likely seal the overall No. 1 seed in the NCAA Tournament after Kansas stumbled in the Big 12 Tournament.

Villanova, which outlasted defending tournament champion Seton Hall 55-53 on Friday night in the semifinals, was winning its second Big East Tournament title in the last 3 seasons.

Cole Huff and Marcus Foster each scored 13 points to lead Creighton (25-9), which shot just 6-for-24 from 3-point range, including 2-for-12 from long-range in the first half.

The Bluejays (29-9) also turned the ball over 17 times in the game, with 10 of those turnovers coming in the first half.

“We might have played our best defensive game of the year,” Villanova coach Jay Wright said on the win over Creighton.

Justin Patton scored 10 points on 5-for-8 shooting with five rebounds for Creighton (29-9), which will have to wait to see if they earned a bid to the NCAA Tournament on Selection Sunday.

The Wildcats, meanwhile, have been listed as the 2-3 pre-tourney favorite at the Westgate Las Vegas SuperBook. 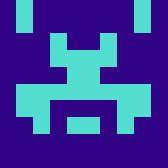