The oddsmakers must be thinking that the Kansas City Chiefs will have quarterback Patrick Mahomes back for next Sunday’s AFC championship game against the Buffalo Bills because NFL oddsmakers at William Hill Sportsbook have opened the early odds with Kansas City as a 3-point favorite. Kickoff time for next Sunday is 6:40 p.m. ET on CBS.

All Eyes Will Be On Mahomes This Week

Regardless of what happens around the league for the rest of the week, there is no doubt that the focus of attention will be the availability of Mahomes after he left the Chiefs’ 22-17 divisional round win over the Cleveland Browns on Sunday with a possible concussion and did not return.

Mahomes, who picked up a foot injury during the first half of the game, was sent back to the blue tent in the third quarter where he was evaluated and taken to the locker room.

Kansas City also won on Sunday without starting running back Clyde Edwards-Helaire, who hasn’t played since suffering a hip injury and a high ankle sprain in the victory over the New Orleans Saints Week 15. Wide receiver Sammy Watkins did not play for the Chiefs due to a calf problem.

Betting Odds Will Swing Without Mahomes

Although the pair are important pieces and have a good chance of featuring next week, it’s Mahomes who the oddsmakers are mainly focusing on, as they know Kansas City will struggle without the man who led the team to the Super Bowl last season.

If Mahomes is unable to play next week, the line would most likely swing at least by a touchdown for the Bills. The current total of 50.5 would also more than likely drop in the absence of the Super Bowl MVP.

The Chiefs were 5.5-point favorites when they visited and beat Buffalo 26-17 in Week 6, but that was a while back. Notably, Mahomes was completed 21 of 26 passes for 225 yards and two touchdowns in that game.

If he’s out next week, Chad Henne, who had never thrown a playoff pass until replacing Mahomes against the Browns, will then be trusted to lead the offense.

PORTLAND, Ore. – No. 1 Duke will face-off against Texas in the semi-finals of the PK80 Invitational tournament at the Moda Center in Oregon, on Friday. 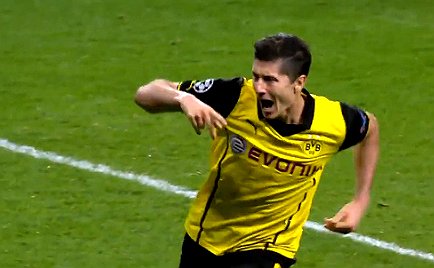 (Sporting Alert) — Borussia Dortmund, Chelsea and Atletico Madrid were among the winners on Match Day 3 in the Champions League on Tuesday night. Celtic also registered their first victory of the tournament this season, while Napoli and Zenit picked up road wins as well. At the Emirates Stadium, Polish striker Robert Lewandowski scored a late winner and last…