WACO, Texas, Sporting Alert — Manu Lecomte scored 22 points and made six of Baylor’s 12 3-pointers and the No. 24 Bears kick-off their season with a 107-66 win over Central Arkansas at Ferrell Center on Friday.

“We have a lot of weapons this year, and we just showed it today,” said Lecomte. “Inside, obviously, our guys you know, they can’t stop them, so we just have to keep feeding them.

“Outside, we have great shooters, guys that can get in the lane, and so we have a lot of weapons that can make up for [Johnathan Motley’s] scoring from last year, and so that is really positive.”

All five Baylor starters were scoring in double-figures in regulation for the first time since March 23, 2014 when it beat Creighton in the NCAA second round.

Jordan Howard paced Central Arkansas with 22 points on 7 of 15 shooting, while Mathieu Kambahas scored 12 points in the defeat.

“Their interior passing is really good, they do a great job of taking away help and getting you in high-low situations. Then they use their length to give them an advantage,” Central Arkansas Head Coach Russ Pennell said.

The visitors, who are also nicknamed the Bears, shot 39.7 percent from the floor and made just six of the 20 attempts from 3-point range.

“We really executed well offensively, we were very unselfish,” said Drew, whose team had 29 assists on 39 made field goals.

The Bears out rebounded Central Arkansas 42-21, but turned the ball over 16 times.

“The only negative was probably our turnovers, but very pleased in a first game, especially not knowing the opponent,” the coach added.

Pennell added: “That’s what makes Baylor so special. I think I saw they had 29 assists. That’s sharing the basketball, and everyone likes to play in that system.

“It’s fun to watch that and you are going to win a lot of games when you are what we refer to as a willing passer, and I think they definitely do that.” 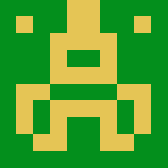