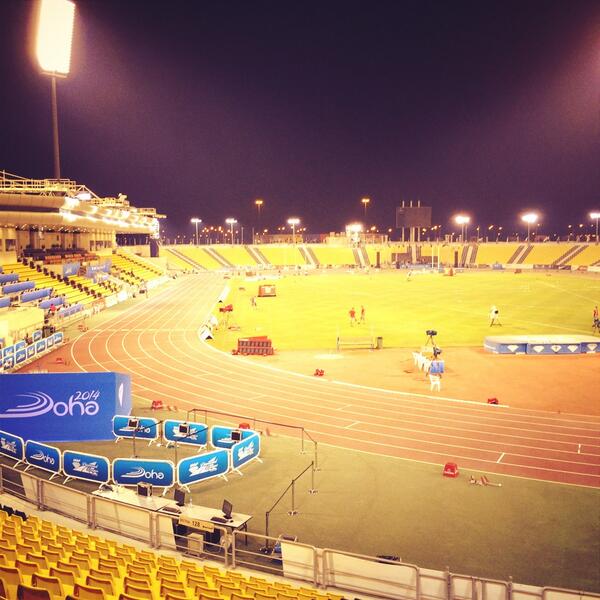 Live streaming of the meet will be broadcast on BBC Sports, as well as on the BBC Red Button channel. Universal Sports will also have live streaming coverage starting at 12 noon ET.

Fraser-Pryce, who won the 200m at the Jamaica International Invitational in Kingston, last week, will lineup against a strong field that also includes Nigerian star Blessing Okagbare, who was the winner in this event in Kingston.

In the men’s sprint, with world record holder Usain Bolt still not ready to compete, his training partner and fellow Jamaican Warren Weir, a world silver medallist and Olympic bronze medallist in the 200 metres, will take on a modest field in the half-lap.

In the men’s 400m, world champion LaShawn Merritt of USA will look to avenge his defeat to Luguelín Santos of the Dominican Republic from the Jamaica International Invitational, when the pair do battle again in Doha.