Follow the live coverage from Tuesday’s English Premier League midweek games on our page. There are six games on the schedule for Tuesday, the bottom three teams all playing tonight.

Burnley lead Newcastle United, while Stoke are holding Manchester United and Leicester City are locked with Liverpool at halftime in the EPL.

George Boyd has fired Burnley into a first half lead in their game against Newcastle – with the goal coming in the 34th minute.

At Old Trafford, Marouane Fellaini gave Manchester United a 21st minute lead, but Stoke City pulled a goal back in the 39th minute through Steven N’Zonzi.

Also tying 1-1 are Leicester City and Liverpool. The hosts took the lead from an own goal in the 21st minute, but Adam Lallana leveled things up five minutes later.

Swansea are QPR are tied at 0-0 at halftime.

Looking ahead of tonight’s game against Burnley Newcastle United manager Alan Pardew said: “It’s a tough game in a tough atmosphere in a great stadium.”

He added about the team news: “This is a different XI for us – no Moussa Sissoko and no Jack Colback, but hopefully we’re better in offensive areas.

“Mehdi Abeid has come in and with Cheick Tiote you can’t ask for a better replacement. Burnley is one of those clubs you can’t help but embrace.”

James Wilson starts for Manchester United with Robin van Persie, as Rooney is out injured. Angel Di Maria is also out injured and Ander Herrera replaces him the midfield.

In early team news, Liverpool skipper Steven Gerrard does start for the Reds at Leicester City, after starting a substitute in the last game against Stoke City at home over the weekend.

At Old Trafford, captain Wayne Rooney is not included in the Manchester United match day squad after suffering a knee injury in the closing minutes of Saturday’s home win against Hull City. 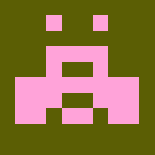