KANSAS CITY, Sporting Alert – Patrick Mahomes and Travis Kelce were instrumental in guiding the Kansas City Chiefs to a comfortable 23-3 victory over the Denver Broncos in the snow at Arrowhead Stadium on Sunday. Videos | Box Scores

Mahomes threw for 340 yards and two touchdowns and went 27 for 34 with an interception, as the Chiefs (10-4) continued to keep pace with the New England Patriots in the contest for the No. 2 seed in the AFC division.

Kelce, who became the first tight end in the NFL with four consecutive 1,000-yard seasons, ended the day with 11 catches for 142 yards.

“How consistent he is on a game-to-game basis is truly special,” Mahomes said about his No. 1 target Kelce.

Tyreek Hill caught five passes for 67 yards and a pair of touchdowns for the Chiefs in less than ideal playing conditions with the pitch covered with snow before kick-off and remained the same during the game.

Kansas, which boasts a 26-3 record against AFC West opponents in the past five seasons, has already clinched a fourth successive AFC West title with victory over the Patriots last week.

Rookie quarterback Drew Lock, the former Missouri standout and Kansas City native, was 18 of 40 for 208 yards and an interception for Denver (5-9).

“I think he handled the conditions well. I think it’s a game under these conditions that he can bank and learn from,” said Broncos coach Vic Fangio.

“I didn’t see him get flustered out there and frustrated so that part was good.”

Sunday’s Week 15 defeat means the Broncos have been eliminated from playoff contention for the fourth straight season.

Kansas City will be on the road to visit Chicago next Sunday night for its final regular-season road game. 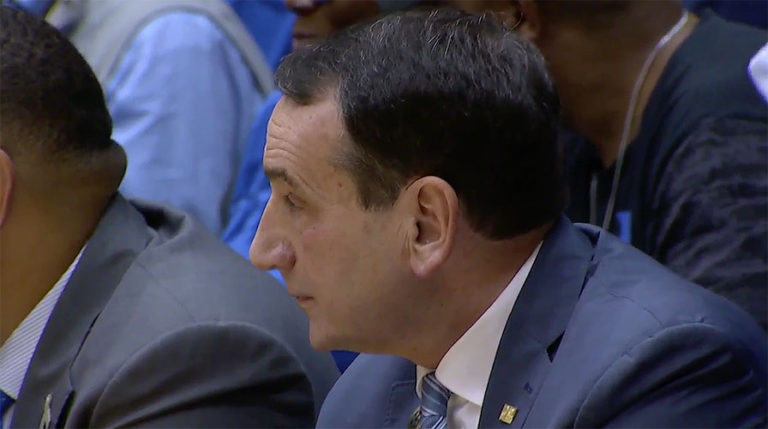 MIAMI, FL, Sporting Alert – As expected, Duke is No. 1 in the first regular-season poll, according to the last Associated Press Top 25 rankings on Monday.

Patrick Mahomes helped the Kansas City Chiefs escaped with another win over the Carolina Panthers and improved to 8-1 on the season. Panthers drop 4 straight. LOS ANGELES (Sporting Alert) — Chris Paul took charge early on his way to scoring 42 points and 15 assists and the Los Angeles Clippers defeated Golden State Warriors 126-115 at STAPLES Center Thursday night. Paul, who was told by coach Doc Rivers to start assert himself early in games, came out the gate flying as he pushed Golden…

MUNICH (Sporting Alert) — May, 12, 2015 — Barcelona were beaten 3-2 at Bayern Munich but booked a place in the final of the Champions League on aggregate after cruising to a 5-3 result over the two-way semi-finals battle.