(Sporting Alert) — Manchester United target Eden Hazard was on the scoresheet for Belgium against Montenegro in the teams 2-2 draw in their friendly international on Friday.

Hazard gave Belgium a 2-1 lead in the 34th minute from the penalty spot after his teammate Kevin Mirallas had cancelled out Mirko Vucinic’s fifth minute opener.

But Montenegro found an equalliser through Nikola Drincic in the 76th minute as both teams ended with two goals apiece.

Also on Friday, Russia and Uruguay played to a 1-1 tie, Morocco went down 1-0 to Senegal and Croatia beat Estonia 3-1.

In the Russia game, Luis Suarez gave Uruguay the lead in the 48th minute, but Alexandr Kerjakov pulled one back for the Russians one-minute later.

The other game saw Moussa Konate’s 11th minute strike pushed Senegal to a 1-0 win over Morocco. 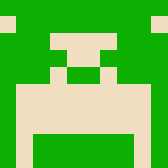