The Argentine captain was doubtful for the contest with an injury, but start along side Pedro and Alexis Sanchez in the Barcelona attack.

“Leo Messi has received the medical all-clear and will be able to play against Bayern Munich in the first leg of the Champions League semi-finals,” a statement from Barcelona read.

“The Argentine player has the green light from the doctors to play in the huge match against the German side.”

David Villa returns the bench and sits alongside Thiago, Cesc Fabregas and Alex Song, who are also other substitutes.

There are no Carles Puyol either, so Gerard Pique is partnered by Marc Bartra with Dani Alves and Jordi Alba also playing at the back.

Spain internationals Xavi, Andres Iniesta and Sergio Busquets all start in the middle as expected. 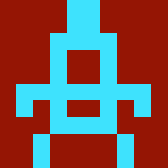