In Cleveland at Quicken Loans Arena, Love scored 40 points, including an NBA-record 34 in the first quarter, to help the Cavaliers beat the Trail Blazers 137-125.

Star forward LeBron James was also active on the night, collecting his 44th career triple-double with 31 points, 13 assists and 10 rebound for the defending NBA champions who shot 58.3 percent from 3-point range and 53 percent from the floor overall.

Damian Lillard had 40 points, 11 assists and seven rebounds for Portland, which shot 52 percent from the field in the defeat.

At Smoothie King Center in New Orleans, forward Anthony Davis powered his way to 45 points and 10 rebounds to guide the Pelicans to their fourth straight win with a 117-96 victory over the Minnesota Timberwolves.

Davis shot 17 of 27 from the floor with some booming dunks, made two of his four 3-pointers, while Terrence Jones added 17 points and seven rebounds for New Orleans, which shot 54 percent as a team.

The Pelicans were winning four straight games for the first time since the 2014-15 season.

Zach LaVine led the way with 26points for the Timberwolves, who lost their third straight.

In Oakland, at ORACLE Arena, the Golden State Warriors set a franchise-record with 47 assists on 53 made baskets in a 149-106 hammering of the short-handed Los Angeles Lakers on Wednesday night.

Stephen Curry made seven 3-pointers on his way to scoring 31 points and nine assists, while Kevin Durant supported well with 28 and Klay Thompson ended with 26 for the Warriors to win their ninth straight.

The Warriors are 9-0 since losing to the Lakers on Nov. 4.

After the game, former Warriors assistant coach and current Los Angeles head coach Luke Walton said: “The 47 assists on [53] field goals is one of the greatest stats I’ve ever heard or seen.

“Unfortunately, it happened against us. To me, that’s basketball at its best. It’s unselfish play.

“It’s multiple people getting opportunities. It’s reading the defense and taking what’s there.

“We’re not there, but we have our moments. We’ll continue to try to play that style and that brand of basketball.”

Elsewhere in the NBA on Wednesday night, DeMarcus Cousins had 36 points and 13 rebounds to lead the Sacramento Kings to a 116-101 victory over the Oklahoma City Thunder.

Russell Westbrook missed collecting his sixth triple-double of the season by one assist after he finished with 31 points, 11 rebounds and nine assists for the Thunder, who were losing for the third straight time.

It was also the seventh defeat in nine outing overall for Oklahoma City, which started the season with four straight wins but has slumped to 8-8.

“We’ve got to be ready to play. That’s plain and simple. Figure it out,” Westbrook said.

Kemba Walker tallied 26 points, nine rebounds and seven assists in a losing effort for the Hornets, who were losing for the third straight time.

The Clippers improved to 14-2 on the season which is the NBA-best, while the Mavericks are 2-12, NBA-worst.

LOS ANGELES (Sporting Alert) — The following are the starting lineups for tonight’s NBA clash between the Los Angeles Clippers and the Oklahoma City Thunder at STAPLES Center. Watch LA Clippers v Oklahoma City Thunder Live on ESPN and WatchESPN Steven Adams will start at center instead of Kendrick Perkins for the Thunder, who are coming off an… Here are the latest and most updated NBA scores and results after the games that played on Nov. 10. Bulls, Warriors and Lakers all won on the road. 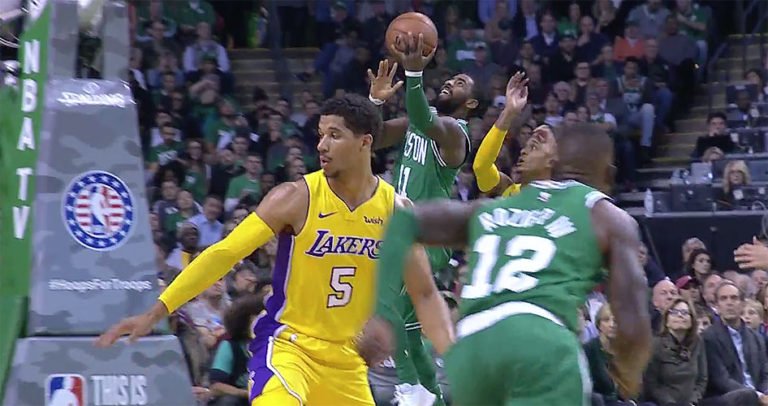