Photo Gallery of This Game on MSU Facebook Page

Davis, who shot 7-for-10 from the field, also grabbed five rebounds and had five block shots in 18 minutes.

Eron Harris ended with 10 points, seven rebounds and four assists and Matt Costello pulled down 10 boards for Michigan State, which started slowly before pulling away in the second half.

Ty Toney led the way for Eastern Michigan (2-2) with 18 points, while Willie Mangum, who scored 10 points, was the only other Eagles player to reach double-double digits in scoring.

KANSAS CITY — Justin Jackson collected a double-double of 21 points and 13 rebounds and No. 9 North Carolina picked up an 80-69 win over Northwestern in a college basketball CBE Classic semifinals game on Monday.

The Tar Heels (4-1), who were replaced atop of the AP top 25 rankings earlier in the day, following their 71-67 loss at Northern Iowa at the weekend, outrebounded the Wildcats 39-25, while forcing 12 turnovers on the night.

Kennedy Meeks and Joel Berry II added 12 points apiece, with Brice Johnson ending with a double-double of 10 points and 11 rebounds

Theo Pinson finished with 10 points eight assists and five boards and Isaiah Hicks scored 10 points in the win for North Carolina, which fell eight places in the AP poll on Monday.

The Wildcats will face Missouri (2-2) on ESPN3.

LAHAINA, Hawaii — No. 5 Kansas jumped all over Chaminade from the get go on their way to scoring a smashing 123-72 victory in the opening round of the Maui Jim Maui Invitational.

The Jayhawks (2-1), who build a massive 20 point lead at halftime, went on to score 70 points in the second half, which was only two less than Chaminade’s entire total for the game.

Wayne Selden Jr. and Sviatoslav Mykhaliuk scored 18 points each to lead Kansas, which got 61 points from the bench.

Selden Jr. shot 7-for-11 from the field, including four 3-points, while dishing out seven assists and grabbing five rebounds

Devonte Graham had 15 points, Frank Mason III had 14, seven assists and six rebounds, Landen Lucas added 13 points and Perry Ellis ended with 11 points and eight boards for the Jayhawks, who shot 64.4 percent from the field on 47-for-73 shooting, while going 51.7 percent from long range (15-for-29).

The Silverswords were led by Kiran Shastri, who scored 17 points, with Rohndell Goodwin adding 15.

Kansas (2-1), which slipped one spot in the AP college basketball top 25 poll, will take UCLA in the Maui Jim Maui Invitational semifinals on Tuesday night, live on ESPN. 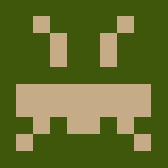